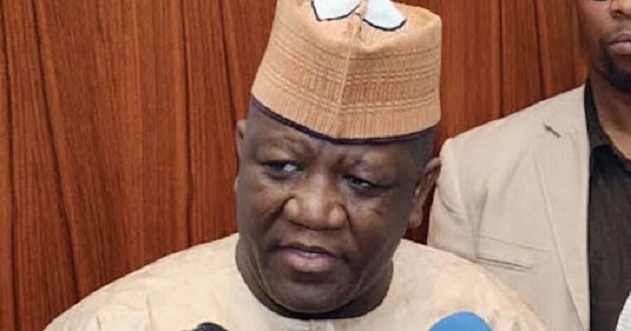 More crisis rocks the boat of the All Progressives Congress in Zamfara as the party expels the immediate past governor of the State, Abdulaziz Yari, for allegedly ruining the party’s chances in Zamfara State.

Deputy National Chairman (North) of the APC, Lawali Shuaibu for allegedly conniving with Yari to sabotage the National Working Committee of the party during the botched primary Elections of the state.

This is coming just hours after the party announced that it expelled the senator representing Zamfara Central, Kabiru Marafa, and ex-Deputy Governor Ibrahim Wakkala over anti-party activities in the state.

In a statement jointly signed by the chairman of the party in Zamfara, Surajo Garba Mai Katako and the Publicity Secretary, Muhammad Bello Bakyasuwa, the former governor was alleged to have frustrated efforts to conduct primaries last year.

According to the party, this laid the foundation for the electoral misfortune that befell it in the state.

“After reviewing the outing of our party in the last general election and the outcome of the Supreme Court Judgement, we hereby dismiss the former governor of Zamfara state, Abdulaziz Yari and the Deputy National Chairman Sen Lawali Shuaibu from the APC.

“Following this development, we are urging them to immediately surrender all the belongings of the party in their possession including funds.

“Yari and his boys scuttled the efforts of our national headquarters to conduct primaries on the 3rd and 7th of October 2018. His nefarious activities led to the death of six persons and over 200 others were injured.”

The party said the expulsion would be communicated to its national headquarters for appropriate action on Thursday after the Sallah break.

The decision to expel the former governor and the Deputy National Chairman was taken at the end of an emergency meeting held in Gusau, the Zamfara state capital.