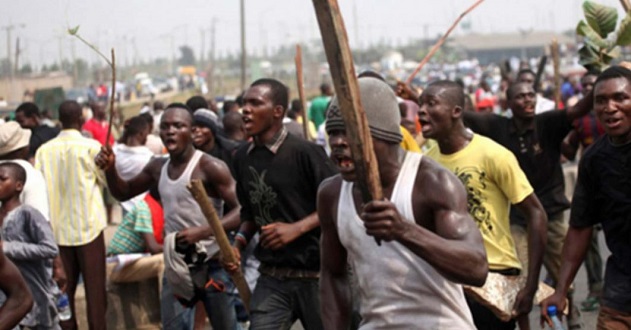 Some angry youths in Zurmi town, Zurmi Local Government Area of Zamfara State attacked the community police station demanding that officers surrender the three suspected bandits arrested by the army to them.

Muhammad Shehu, public relations officer of the state police command, who confirmed the incident to journalists in Gusau, the state capital, on Sunday, said the police station was attacked on Saturday evening.

Shehu said the angry youths also burnt down a vehicle and some motorcycles at the station.

He said the three suspects were among the bandits who attacked villages in Mashema district of Zurmi local government area on July 24.

Shehu said when the news of the arrest of the suspects filtered into the town, some irate youths mobilised themselves to the police station.

He said the divisional police officer of Zurmi local government area and other police officers at the police station escaped with the suspects through the back fence of the station.

Shehu said normalcy has been restored, while the suspects have already been handed over to the state police command for further investigation.

The command enjoined members of the public in the state to be law abiding and avoid taking laws into their hands.