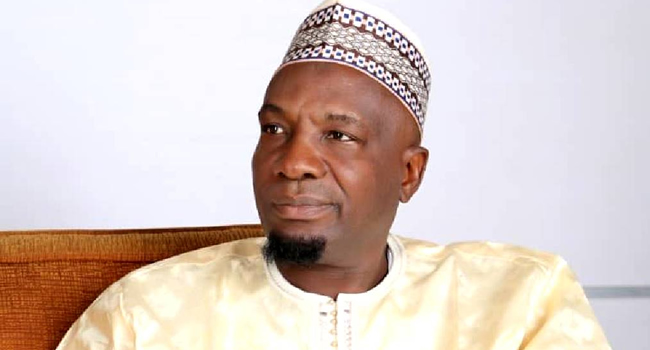 His letter to that effect was read at plenary by the Senate President, Ahmad Lawan.

His movement comes ahead of that if his state governor, Bello Watawalle who is also expected to be formally welcomed into the APC from the PDP soon.

In his letter dated June 28, the senator explained that the collapse of internal democracy in the PDP was part of his reasons for leaving the party.

“I write to notify the Senate of my resignation from the Peoples Democratic Party (PDP) with the effect of the date (June 28).

“My decision is necessitated due to the collapse of internal democracy and functionalisation of the party from ward levels In Zamfara state.

“Further decision of my party affiliation will be communicated to this chamber in due course,” the letter read.

READ ALSO: Debate on passage of PIB to commence on Thursday

Gusau is the third PDP senator to defect to the APC in the ninth senate after Elisha Abbo and Peter Nwaoboshi.

His defection comes barely three days after the presidential spokesperson, Bashir Ahmed, suggested that the Governor of Zamfara State, Bello Matawalle, has defected to the APC.

If the insinuation of his defection is true, Matawalle would be the third PDP governor to join the APC in the past seven months after the governors of Ebonyi and Cross River States made the move.

Meanwhile, the PDP has condemned the planned defection of Matawalle, warning that he could lose his seat if he does.

The defection of key political players like governors and senators, from one party to the other has become common in Nigerian politics.