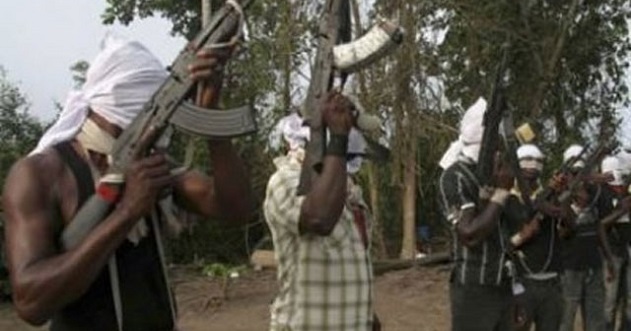 The former Senator who represented Zamfara Central in the National Assembly, Saidu Dansadau, has raised the alarm over a new armed group, made up of foreigners, that has been terrorising the southern parts of Dansadau Emirate of Maru Local Government Area of Zamfara State.

Dansadau who lamented the development in a chat with newsmen on Thursday in Gusau, the state capital, said the new group, believed to be a splinter of the Islamic State of West Africa (ISWAP) has been making life difficult for residents of the Emirate.

Dansadau said members of the group had initially camped in a forest near Shinkafi before making deadly incursions into the communities.

“Initially, the armed group, made up of foreigners from the ISWAP insurgents, were camped in a forest around Shinkafi, but after a while, they became uncomfortable in the forest and began moving into the communities.

“They relocated to Kumyambana forest in Dansadau Emirate and began to carry out their activities there.

“We believe the group consists of Nigerians and other foreign nationals and are making the bandits hibernating in the forest very scared and uncomfortable because bandits run away at the sight of the members of the armed group.

“It is really very frightening because they want to have a base there, forget about what they are preaching, that bandits should stop attacking communities or farmers.

‘They want to get the credit of bringing back peace to the area so that they win the hearts of the highly traumatised locals there.

“In this situation, whoever is coming with a promise to stop attacks on communities will win the favour of people. Our fear is that at the end, they will start carving a territory from that area.

“It’s unfortunate that the armed group emerged when the army are strategically eliminating criminals from the area.

“Recently, soldiers launched attacks on the bandits in a place near Chabi community in the axis and many of the armed criminals were killed,” Dansadau added.

He urged the army to sustain the tempo and engage the armed groups from multiple fronts, adding that coordinated attacks are what would subdue them.

“Now that the army is attacking them in Dansadau axis, some of them are relocating to Birnin Gwari forest in the neighbouring Kaduna State. We also share boundary with Katsina State and if there is going to be operation in Dansadau axis, the security operatives in Katsina should be involved to stop the criminals from accessing escape routes,” he advised.