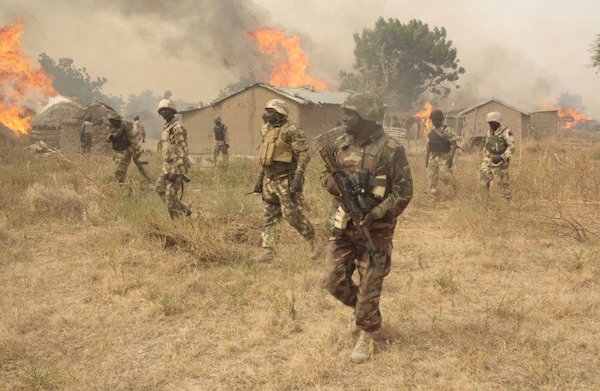 The Nigerian Army has made good its threat to smoke bandits out of their hideouts in Moriki forest of Zamfara, if they failed to surrender.

This is as operatives of Operation Hadarin Daji killed 29 bandits in an onslaught carried out by the troops.

Public Relations Officers of the operation, Lt. Oni Orisun, confirmed this development to newsmen in Gusau on Thursday.

He said that the troops moved against the bandits after they failed to embrace the 24-hour ultimatum issued by the Force Commander, Maj. Gen. Jide Ogunlade for them to surrender and embrace peace.

“The Force Commander was clear and did not mince words when he said the operation will land heavily on them after the expiration of the ultimatum.

“The Moriki general area was professionally cordoned and offered no escape route which led to the bandits returning fire against our operatives.

“That action led to two soldiers and one mobile policeman paying the supreme price with their dear lives.

“The death of the three saddened all the operatives especially the Force Commander, Maj. Gen. Jide Ogunlade, who however expressed determination, confidence and ability of the operation to fully contain banditry in the state,” Orisun said.