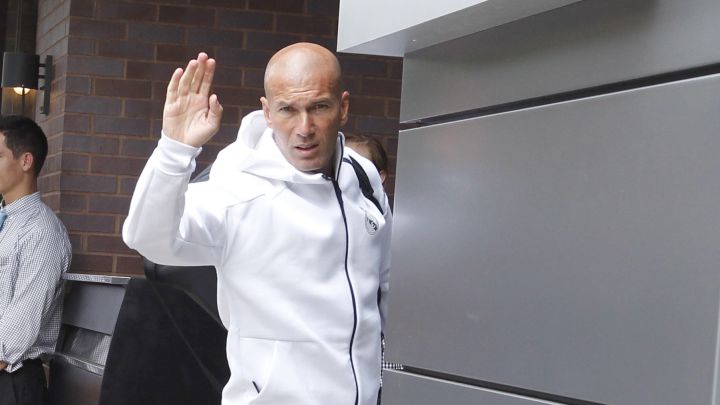 Zinedine Zinedine has reportedly resigned his roles as manager at Spanish giants Real Madrid after he reportedly told his players about it on Wednesday.

The French coach failed to lead the Real to a successful defense of the La Liga title this season as results went against them on the final day.

The coach had asked for a few days to think about his future after the last league match, according to reports emanating from Spain.

An AS report claimed Zidane told club leaders at the end of business on Wednesday, before addressing his players one by one by message to inform them that he was leaving the bench.

An official statement from the club is expected in the coming days, as Zidane, whose contract was till 2022, ends his second spell as manager of the side.

Former Juventus manager, Massimiliano Allegri is said to be the favourite to be the next manager at the Bernabeu.

Antonio Conte, who also on Wednesday left Serie A giants Inter Milan after leading them to the title, is also a possible replacement for Zidane.

Recall that Real Madrid failed to win any trophy this season.