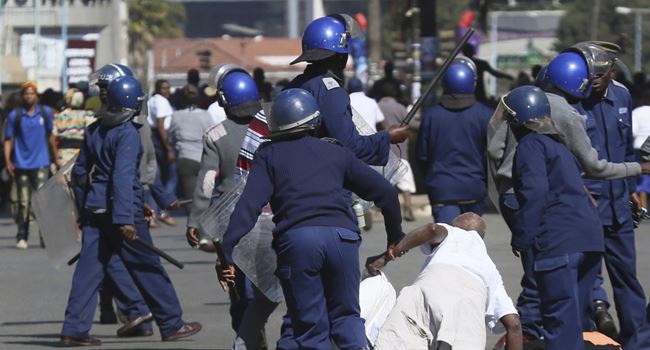 The Republic of Zimbabwe has continued to witness the arrest of dozens of opposition supporters and activists in what critics say is a plot by President Emmerson Dambudzo Mnangagwa to silence critics of his government.

Rights groups in Zimbabwe on Monday say the military and police have continued to arrest opposition members even as Zimbabwe Lawyers for Human Rights say more than 60 people have been detained.

The opposition MDC party says dozens of its members have been arrested or have gone into hiding with growing anger outside Zimbabwe at the number of human rights abuses in the country.

This came after more than 100 prominent African writers signed a petition calling for Zimbabwe to be suspended from the African Union and the Southern African regional bloc.

Recall a month ago that dozens of nurses and union representatives in Zimbabwe were arrested by police for protesting against poor pay by government.

The nurses who thronged the streets of Harare in their numbers demanded to be paid in US dollars, saying that inflation, which is running at nearly 800%, was eroding their salaries.