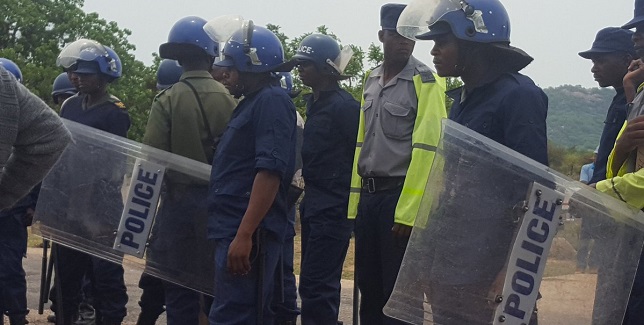 The police in Zimbabwe are now searching for the motive behind Saturday’s bomb attack which rocked a rally of the ruling ZANU-PF party election campaign in the city of Bulawayo.

According to National police spokeswoman Charity Charamba, the police were pursuing leads on the blast at a stadium in Bulawayo, the opposition heartland where President Emmerson Mnangagwa’s ruling ZANU-PF party has lost all national elections since 2000.

Mnangagwa escaped injury and said the explosion would not derail the election.

“We expect the number to rise as some victims might come forward during the course of the day,” Charamba told reporters, adding a “substantial reward” was being offered for information. She did not give details.

The incident happened when the president accompanied by other politicians, was walking off the stage at the White City stadium moments after addressing thousands of supporters in advance of next month’s vote.

In his first comments after the incident which left one of his deputies injured, Mnangagwa told the state broadcaster that an object “exploded a few inches away from me – but it is not my time”.

ETHIOPIA: 9 policemen arrested in connection with grenade attack at rally for Prime Minister