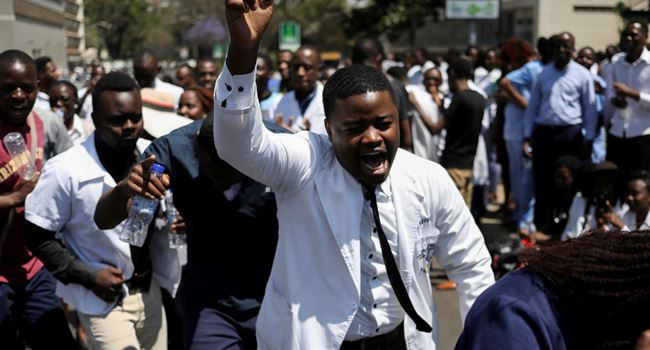 Striking doctors in Zimbabwe have defied a court rule ordering them to return to work over their decision to down tools in demand of a pay rise.

A court had ruled last week that the doctors’ strike was unlawful and gave them 48 hours to resume their duties, but they have defied the order, saying a pay rise offered by the government is too low.

The striking doctors while giving reasons for not complying with the court order, said they lacked the means to get to work or meet their basic needs.

The Zimbabwe Hospital Doctors Association (ZHDA) announced on Tuesday that it would appeal to the Supreme Court.

“We noted the court order but unfortunately we don’t have the means by which to comply,” ZHDA spokesman Masimba Ndoro told local newsmen.

Reports say the strike which is now in its sixth week is caused by high inflation which has reduced the doctor’s pay to the equivalent of about $100 (£80) a month.

ABA: Abandoned or neglected? 40 images of a city in decay