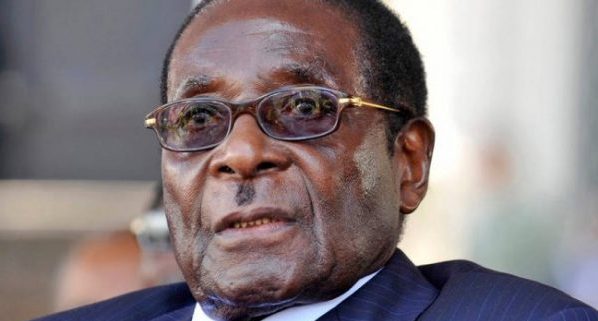 A traditional Zimbabwean chief has ordered the exhumation and reburial of late President Robert Mugabe’s remains at the national heroes’ shrine in Harare.

The order came on Tuesday from the chief of late Mugabe‘s Zvimba district, following an allegation leveled against his wife, Grace, that she broke tradition by burying him at his rural home after his death in 2019.

Mugabe, who was ousted in a coup that brought Emmerson Mnangagwa to power in November 2017, was buried at his village of Kutama after weeks of dispute with Mnangagwa’s government over his final resting place.

After presiding over a village court last Thursday, Chief Zvimba issued a ruling that found Grace guilty of breaking traditional norms by burying her husband in the courtyard of his home.

The former first lady was also fined five cows and a goat even though she was absent at the hearing.

READ ALSO: Mugabe and the Lessons Left Behind

“I give powers to those who are permitted by law to exhume the late Robert Mugabe’s remains from Kutama and rebury them at the National Heroes Acre in Harare,” the ruling said.

A spokesman for the Mugabe family, Leo Mugabe, however, rejected the ruling and said its legality will be challenged in court as Chief Zvimba has no jurisdiction over the Mugabe’s village.

“He (chief) has no jurisdiction over Kutama. And even if the correct chief had made that ruling, we would have appealed to the court,” Leo said.

US Secretary of State, Blinken, in Egypt to support Israel-Hamas ceasefire