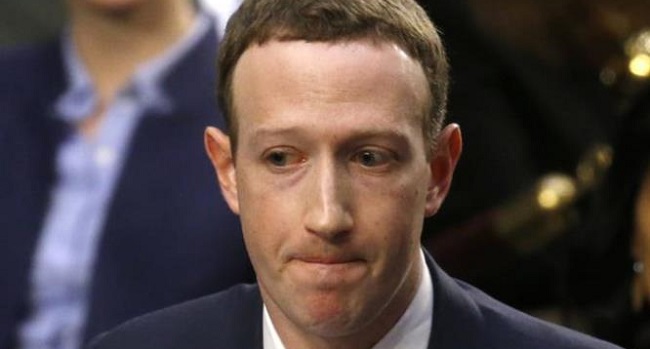 Facebook founder, Mark Zuckerberg, lost N317.52 billion ($711 million) in eight hours on Wednesday, after his company, Meta Platforms Inc, was accused of replicating a technology idea its executives had been privy to.

The allegation was made by HaptX Inc. founder and Chief Executive Officer, Jake Rubin. The company specialises in creating gadgets for augmented reality (AR) and virtual reality (VR) with microfluidic haptic.

Microfluidic haptic feedback, such from the glove, uses actuators, allowing for more natural or smooth sensations in the hand, unlike haptic feedback that comes with a game controller that uses small motors and buzz or rumble in the hands of the user.

Another day, another allegation against Zuckerberg’s firm

Rubin wrote a note on Tuesday, disclosing that its prototype microfluidic haptic feedback glove is “substantively identical” to the version Meta unveiled to the world on November 16, 2021.

HaptX’s patent prototype had been in existence long before Zuckerberg’s company launched theirs, and in the past years, Rubin’s firm had shown it to “many engineers, researchers, and executives from Meta.”

HaptX has raised $32.51 million to scale in the market of microfluidic haptic, against a rival like Meta, which is worth $947.94 billion, and the world’s 7th most valuable company by market cap.

This is not the first time minority tech companies are accusing Meta, previously known as Facebook Inc., with the firm said to have ripped off Snapchat ideas after the founders refused to sell when Zuckerberg offered $3 billion.

He later acquired Instagram instead. But in its twelve years of operation, government agencies in Europe and UK had also accused Facebook Inc. of anti-competition.

In a LinkedIn post, Rubin wrote, “We welcome interest and competition in the field of microfluidic haptic, however, competition has to be fair for the industry to thrive.”

In another post in HaptX blog, he said, “While we have not yet heard from Meta, we look forward to working with them to reach a fair and equitable arrangement that addresses our concerns and enables them to incorporate our innovative technology into their future consumer products,”

A day after Rubin accused Meta of replicating its innovation, Zuckerberg lost N317.52 billion as his total fortune depleted to $121.9 billion following a 0.64 percent crash in Meta’s market value which dropped to $340.77 per share from $342.96.