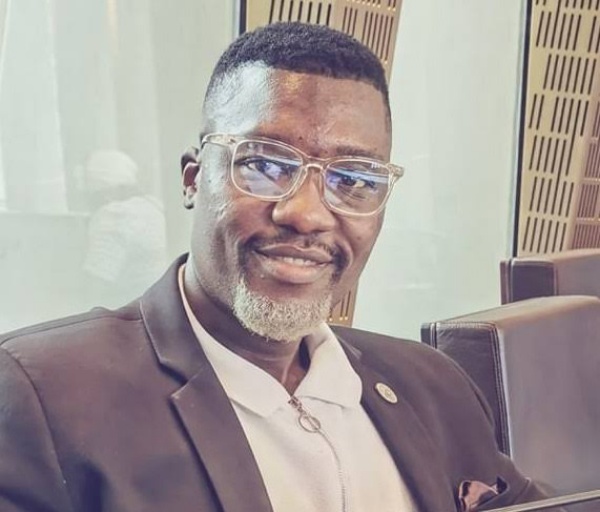 The current nature of international relations, which is marked by a surge in diverse (economic, political and socio-cultural) crises, demanding the mobilization of joint capacities of states and non-state actors (enterprises and individuals), to find a durable solution which would help to improve the living standard in African countries marks the founding reasons of the AfCFTA.

In line with agenda 2063 of the African Union which seeks to build the “Africa we want”, that is promoting intra-regional connectivity between capital cities by creating a single unified market, borders and air transportation network. A conglomerate of varied states and industries which will bring about a considerable shift in poverty alleviation, influx in human movement via tourism, a system that will work for women, thus promoting gender equality and women empowerment. The AfCFTA is Africa’s blueprint and master plan for transforming Africa into the global powerhouse of the future. But what does that really mean for Africans and businesses most especially e-commerce like Jumia?

Prior to this initiative and till yet, Africa counts over fourteen economic blocs with eight recognized regional communities by the African Union. These include but not limited to: the East African Community (EAC), Economic Community of West African States (ECOWAS), and; the Southern African Development Community (SADC) to name a few.

Many foreign to this concept will think that the AfCFTA will mean less safety for their country, borders and markets. However, the existence of these regional economic blocs may be seen  by commentators as a hindrance to the development process of the African continent in its entirety on a continental level. In reality, with these regional blocs, it is extremely difficult for sellers or enterprises of the East African Community (EAC) for instance in Kenya to easily trade with nations belonging to ECOWAS in Nigeria for instance. In reality, these regional blocs have different trading laws and agreements, using all different currencies with different levels of development and GNPs. The priority of these economic blocs is to ensure a continuous trade among its members, promote diplomatic ties and security aspects amongst others. Nevertheless, this “security search” hinders the potential economic growth of the continent. A perfect example is the case of e-commerce services. Under normal circumstances, e-commerce have delivery capacities of 24hrs to 3 business days on national territories where they operate depending on their operation sites and land surface of the given country. This means that one can expect their goods in a relatively short period of time for a much cheaper price compared to someone found in a neighboring country and worst still one found in a different regional economic community.

If Jumia, the leading e-commerce platform, for example operates in Kenya and an online customer from Nigeria wishes to make transactions from their platform, they will generally receive their purchase after a relatively longer period and with expensive constraint or maybe never (if there is no air connection) than if they were in Kenya. This difference exists as a result of economic blockages put in place by regional economic communities. They include custom duties, tax, bureaucracy and just to cite a few. Since the cost of custom duties cannot be incurred by the producer, these costs are pushed down to the final consumer. In nations where VAT (value added tax) exists, consumers can see themselves purchasing a good for 1.7 times its original price. This is especially true for the seventeen African States using the OHADA (Organization for the harmonization of Business Law in Africa) accounting system. This generally has devastating effects on consumers who spend more in economies where they earn much less, and also to companies who find themselves shutting down due to lots of bureaucracy to follow and high cost of existence in some regional blocs.

The Africa Regional Integration index (ARII) in partnership with the African Union has a composite index that assesses how countries and regional economic communities are making progress towards their integration agendas based on sixteen indicators, grouped into five dimensions. The ARII also measures the state of regional integration of the continent as a whole with finality to make Africa more connected for businesses and persons.

The five dimensions are in respect to free movement of people; infrastructure integration; macroeconomic integration; productive integration, and; trade integration. They are all pivotal for the success of e-commerce in Africa in particular and for development in general. Free movement means people will move faster and more efficiently thus promoting tourism and interculturalism. Infrastructure integration means more route connectivity between countries (roads, railways and ports) and also less custom duties and bureaucracy. Macroeconomic integration takes into consideration the stabilization of economies, currencies and international conventions guiding the laws of trade. Productive integration supposes quality and quantity in terms of always equalizing demand and supply with respect to each country’s desires. Lastly, trade integration means the elimination of taxes, embargoes, and the eventual increase in government subsidies to adapt to international trends and requirements.

READ ALSO: OPINION: Nigeria and the story of the ruining crass

Experts agree that regional integration expands markets and trade, enhances cooperation, mitigates risk, and fosters sociocultural cooperation and regional stability. Regional integration has also been shown to maximize the benefits of globalization while countering its negative effects, and to stimulate development in least-developed countries by improving productive capacity and encouraging investments in those pieces of infrastructure that hold the most economic potential. This also means an opportunity for e-commerce to leverage profit margins and improve supply chain management on the continent. It is also an opportunity to foster African industries, making African produce more available and accessible to all. Moving further, this continental agreement coupled with the internet penetration of the continent will exponentially propel e-commerce, as more Africans are beginning to cherish online shopping and home delivery services. According to the UN International Telecommunication Union’s (ITU) study ‘Connecting Humanity’, this is a representative market of over 700 million persons connected to the internet. A joint African market will also make Africa the largest free continental free trade Area of the world, with an  investment of about $97 Billion of internet infrastructure.

The case made is that Africa will be a thriving market for e-commerce as well as e-commerce companies who will have to make available the necessary infrastructure for business.

UN International Telecommunication Union’s (ITU) study ‘Connecting Humanity: Quartz Africa: “Who will benefit if we make internet access a reality for everyone in Africa?: https://qz.com/africa/2069725/who-benefits-when-all-africans-have-internet-access/

Historically, working for the establishment of a common sub-regional market zone was necessary for the encounter of people located in the same regions. It was also important for the reinvention of social cohesion that was traditionally observed in a cultural cohabitation, local or traditional rediscovery and peaceful coexistence in sub-regional parts of the continent. It is of pivotal necessity that states accelerate the implementation of the AfCFTA for a sustainable Africa, which is peaceful and which is economically viable and competitive on the international arena.

E-Commerce as a solution to integration:

The argument made is that the AfCFTA offers the solution for an integrated African market by way of trade through economic regions and countries. This inter-trading through such platforms fosters countries and economic regions to have common regulatory frameworks, policies and laws which will speak to a coherent African market. It is also true that digitalisation and the AfCFTA will offer new and existing SMEs the opportunity to not only expand nationally but also throughout the continent beyond existing digital divides as a result of existing laws and regulations. Legislators in each country therefore have a responsibility to align to the AfCFTA so as to bridge these digital divides.

OPINION: Pastor Tunde Bakare and the lies of a failed State