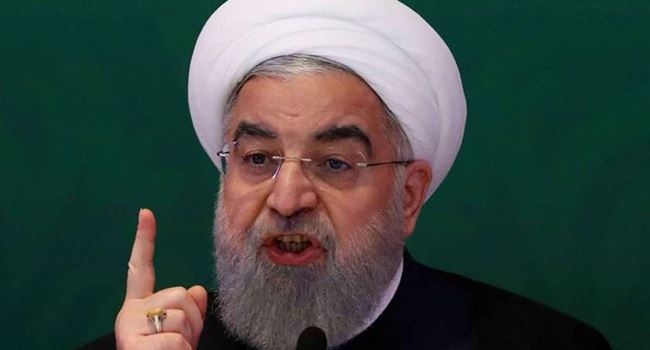 No fewer than 300 persons have been feared killed in Iran after they consumed a large quantity of methanol because of a rumour that high proof alcohol intake could cure coronavirus.

1,000 persons have been sickened so far by ingesting methanol across the Islamic Republic, according to local media with the latest development coming after Tehran announced 144 new deaths from coronavirus on Friday.

Reports say there has been anxiety in Iran as people remain deeply suspicious of the government after it downplayed the crisis for days before it overwhelmed the country.

Iran’s death toll arising from the outbreak of the virus has risen to 2,378, and another 2,926 new confirmed cases, with a total of more than 32,300 infected in the Asian country.

Reacting to the development, Dr. Knut Erik Hovda, a clinical toxicologist in Oslo who studies methanol poisoning and fears Iran’s outbreak could be even worse than reported, said: ‘The virus is spreading and people are just dying off, and I think they are even less aware of the fact that there are other dangers around.’ ‘When they keep drinking this, there’s going to be more people poisoned.’

Meanwhile, Iranian President Hassan Rouhani has hit back at criticism over the country’s response to the coronavirus pandemic, stating that he had to weigh protecting the country’s sanctions-hit economy while tackling the worst outbreak in the region.

Speaking at a cabinet meeting, Rouhani said the government had to consider the effect of mass quarantine efforts on Iran’s beleaguered economy, which is under heavy US sanctions.

“This is not the time to gather followers,” he added. “This is not a time for political war.”