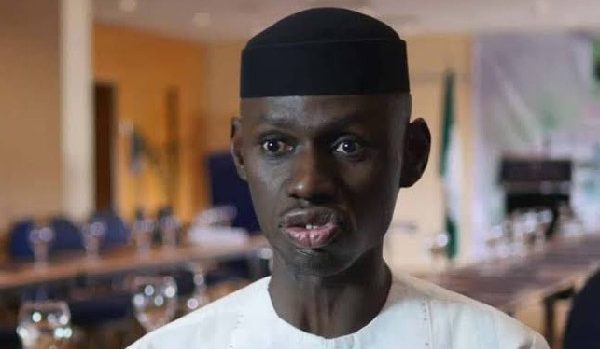 A former deputy national publicity secretary of the All Progressives Congress (APC), Timi Frank has described the 2020 budget as a scam, and asked Nigerians to prepare for the worst.

President Muhammadu Buhari presented the budget to the joint session of the national assembly on Tuesday.

But Frank, in a statement on Thursday said, “After careful study, I have concluded that this 2020 budget is more or less a scam.”

Further describing it as a document without fuel subsidy, social investment scheme “but a very high level of taxes”, Frank called on Nigerians to prepare for the worst.

He argued that since his former party came into power in 2015, that the “national budgets have been increased annually but without concomitant positive effects on the lives of ordinary Nigerians.”

He challenged the national assembly under the leadership of Senator Ahmed Lawan and Femi Gbajabiamila to explain the implementation level of the 2019 budget.

According to him, the federal lawmakers under the leadership of Lawan and Gbajabiamila would only “rubber-stamp the 2020 budget presented by Buhari without asking necessary questions expected of a functioning and independent arm of government.”

He said, “After careful study, I have concluded that this 2020 budget is more or less a scam. It is not meant to rescue Nigerians from the current economic hardship that has sent more than 94 millions to below poverty line.

“It is a document without fuel subsidy, social investment scheme but a very high level of taxes. So, I urge Nigerians to prepare for the worst.

“Unfortunately, the country will miss the 8th National Assembly under Senator Bukola Saraki and Hon. Yakubu Dogara, who resisted many anti-people policies which would have scaled through against the express wish of Nigerians. Under the current NASS, it will, most definitely, be a ‘yes sir’ kind of National Assembly.”

He said Buhari should tell Nigerians the effect his previous budgets have had on them as well as explain to the world why the country does not have a new refinery since the partial removal of fuel subsidy his government.

Also asking the presidency to explain what happened with the recovered loot since 2015, he said, “Since the partial removal of fuel subsidy, the APC’s government has not stopped borrowing money both locally and internationally to fund yearly budgets just as Nigerians are yet to see the new refinery promised by government.

“The more increase in the annual budget, the more poverty in the land.”

Related Topics:2020 budgetBuhariTimi Frank
Up Next