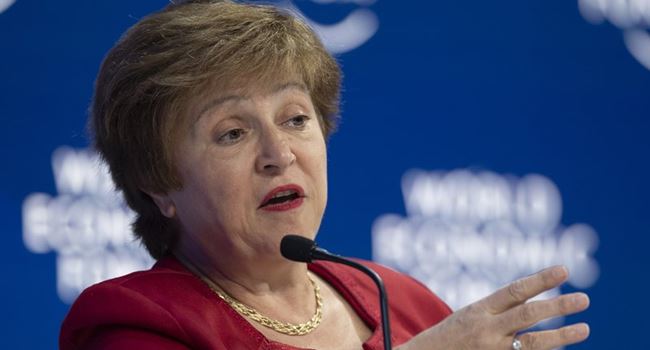 Nigeria needs a minimum infrastructure spending equivalent to 18 per cent of its Gross Domestic Product by 2030 in order to attain Sustainable Development Goals, the International Monetary Fund (IMF) has said.

The multilateral lender made the declaration in its “Technical Assistance Report – Additional Spending toward Sustainable Development Goals” for May 2020, which was released on Monday.

According to the IMF, making advancement in the Sustainable Development Goals demands substantial additional resources.

“Concomitant with the reform priorities identified by the United Nations, World Bank, European Union, and other international development institutions, the mission estimates additional spending of 18 percentage points of Gross Domestic Product by 2030—a level higher than the average low-income and developing countries.

“Relative to other low-income and developing countries, additional spending is higher in education and water and sanitation, and lower in health, electricity, and roads,” the report read in part.

It observed that Nigeria was faced with acute development gaps, adding that only half of the student-age population are enrolled in schools.

The IMF said the healthy life expectancy in the country is 49 years, placing Nigeria among the bottom six countries in the world.

“Some 54 per cent of the population is connected to an electricity grid that collapses about once a month.

“Roads are in precarious condition. Less than four per cent of the population have access to safely managed water.

“Overall, Nigeria’s indicators of human and physical capital are worse than countries with lower GDP per capita,” the document stated.

Harnessing the potential of the rapidly expanding population, according to the IMF, requires significant improvements in both human and physical capital.

As Africa’s most populous country and largest economy, Nigeria is projected by the IMF to grow by around 30 per cent or 60 million people between now and 2030.

“To raise living standards, reduce poverty, and provide better opportunities for the growing youth, Nigeria needs to invest more on its people—education and health—and its infrastructure—roads, electricity, and water and sanitation.”