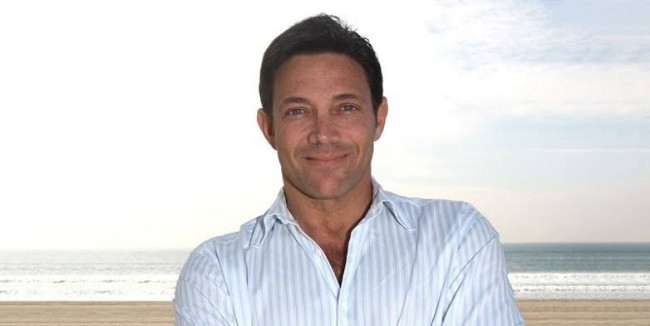 The former American stockbroker said some persons are taking advantage of crypto’s unregulated market, hence, the need for government to intervene in the activities of decentralised finance community.

Belfort is known as the Wolf of Wall Street for the role of his company, Stratton Oakmont, in defrauding investors through “pump and dump” stock sales, which is the artificial pumping of penny (less valued) stock value to entice investors, only to sell off once the people have bought into it, leaving the investors with no buyer to sell to.

He was sentenced to 22 months imprisonment in 1999, and his memoir, “The Wolf of Wall Street” was made into a movie with same name, starring Leonardo DiCaprio and directed by Martin Scorsese.

The entrepreneur said he’s a fan of blockchain, on which cryptocurrencies are built, however, he has his doubt, and believes that Dogecoin and Shiba inu, which Belfort described as shit coins will affect other legitimate digital coins.

Note that Dogecoin and Shiba inu are the tenth and thirteenth most capitalised cryptocurrencies. The two digital coins have enjoyed immense popularity among the existing 10,000 cryptocurrencies.

READ ALSO: Terra rises by 4.13% amid fall of Bitcoin, Ethereum, other crypto coins

The world’s richest man and Tesla boss, Elon Musk, is known to have increased Dogecoin’s popularity through his Twitter account, promoting the asset through tweets.

Belfort said the shit coins are looking to defraud their investors, “I’m a fan of blockchain but there’s a lot of nonsense out there, a lot of shit coins which serve no purpose and are only there to separate people from their money,” he was quoted in a Bitcoin.com report on Friday, citing The Sun.

“You hear crazy stories of people making millions and billions but for every person like that there are 10,000 or 100,000 people getting their a** handed to them in shiba inu … It’s not a proper investment.” Belfort said.

He added, “People are taking advantage of an unregulated market and creating shit coins which have no value and have no use.”

Belfort believes people involved in shit coins should go to jail because they are not legitimate, “There is no way they are ever going to work … My guess is that someone will end up getting indicted for this stuff.”

The stockbroker turned motivational speaker further stated, “What I hate about it the most is that legitimate stuff – it gives those digital coins a bad name.”