Home » Politics » Buhari approves N10bn for upgrade of Enugu Airport. Why it matters 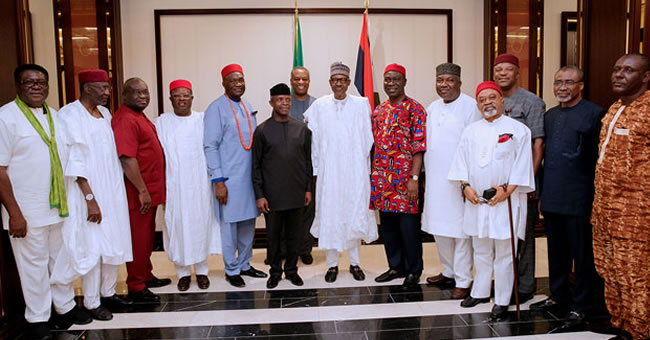 President Muhammadu Buhari on Thursday announced that he has approved N10 billion for the upgrade of the Akanu Ibiam International Airport, Enugu.

He stated this in a post on his official Twitter handle, @MBuhari, adding that he had been assured by the Minister of Aviation that the work will be done speedily and to the highest standards.

He wrote, “I have approved the sum of N10 billion for an Intervention fund for the upgrade of the Akanu Ibiam International Airport, Enugu. I have the assurance of the Minister of Aviation that the work will be done speedily and to the highest standards.

“Even as we have many items competing for our limited resources, we will continue to prioritize infrastructure investments in every part of the country. It is our responsibility to ensure Nigeria’s infrastructure is fixed; we will keep doing this.”

Ripples Nigeria had reported how the Buhari government had on August 24 announced the closure of the airport to enable the reconstruction of its runway. There had been regional concerns when after several months work was yet to commence.

Most had expressed worries that leaving the airport unattended to would frustrate easterners who usually throng their towns and villages to celebrate Christmas.

Buhari’s approval of funds for the works came on the heels of a visit by governors and other leaders of the South-East to President Buhari at the State House Council Chambers, Abuja on Thursday.

The leaders had appealed to the federal government to ensure speedy completion of the airport and to declare emergency on federal roads in the region.

The South-East Governors’ Forum chairman and Ebonyi State governor, Dave Umahi, who spoke on behalf of the leaders said, “We are here to kindly urge Mr. President to approve special funds for the Akanu Ibiam Airport just like what was done for Abuja Airport.”

Aside Umahi, other governors at the meeting were Emeka Ihedioha of Imo, Okezie Ikpeazu of Abia and Ifeanyi Ugwuanyi of Enugu.

Senator Enyinnaya Abaribe, the minority leader of the Nigerian Senate and Senator Sam Egwu were also at the meeting too.

The meeting later entered into a closed-door session.

Meanwhile, governors of the South-South region, including Nyesom Wike of Rivers, Seriake Dickson of Bayelsa and Ifeanyi Okowa of Delta, were also at the State House for a meeting with Buhari.