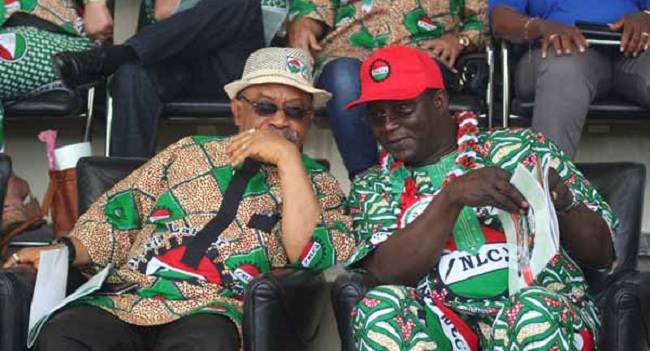 The Organized Labour and the Federal Government negotiation team on the Consequential Adjustment on the new Minimum Wage in the early hours of Thursday adjourned the meeting to 7:00 p.m.

The meeting earlier slated to begin at 2:00 p.m. on Wednesday did not start until at about 5:00 p.m. when the Minister of Labour and Employment, Chris Ngige and the Minister of State, Festus Keyamo and the Head of Service, Dr. Folashade Yomi – Esan arrived the venue of the meeting after the Federal Executive Council, (FEC) meeting.

The meeting lasted till 2:00 a.m. on Thursday with a few breaks.

Ngige, who spoke to journalists after the meeting, said: “We have held our technical session. We broke into committees, we came back.

“We finally agreed on so many areas which hitherto we couldn’t agree on and we are adjourning the meeting. We are giving assignments to some people on both sides.

” Issues of money and wage adjustment as per different wage structures.  We have about 12 wage structures presently in Nigeria. We don’t want to make mistakes that could be fatal and thereby put the exercise we have done in jeopardy.

“Therefore we have consentually agreed that we will reconvene this meeting at 7:00 p.m. today (Thursday). This will enable as I said earlier, those that we have given the assignment to complete the assignments and bring them back to us.

“We are very okay with the meeting, it is moving on smoothly as you can see from the conviviality. It is very cordial, nobody is fighting. We have disagreed in some areas we have agreed on others. So let the work continue.”

“Some committees need to do some computation. We have worked up to the early hours of today. That is in the true spirit of collective bargaining. That is what we have to do to get the process concluded.”