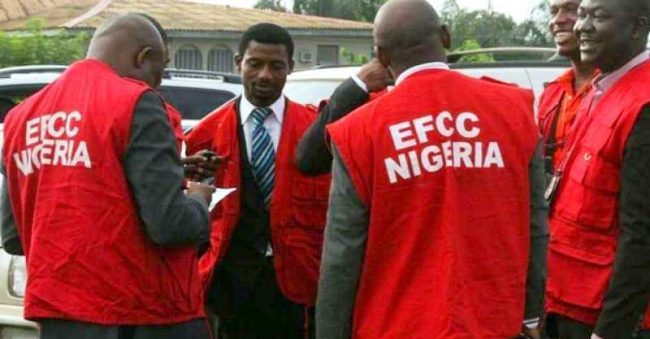 Justice I. E. Ekwo of a Federal High Court, Abuja, has ordered the interim forfeiture of N263 million recovered by the Economic and Financial Crimes Commission (EFCC) from one of the prosecution witnesses in the N3.9 billion fraud trial of late Alex Badeh.

The EFCC had through an ex-parte application filed on December 3, 2018, prayed the court to grant the interim forfeiture of the said money, believed to be proceeds from illegal transactions linked to the funds meant for purchase of arms for the military.

The application is subject to the provisions of section 29 (b) of the EFCC Establishment Act, 2004.

Read also: BADEH: Family denies report on cause of death

The N263 million had been deposited in the safe custody of the EFCC Recovery Account domiciled with the Central Bank of Nigeria, CBN.

In granting the order, on December 18, 2018, Justice Ekwo ruled that “a publication of the notice is to be simultaneously made by EFCC in a National Newspaper and the EFCC website; inviting all persons/bodies who may have interest in the said sum to show cause why the final order of forfeiture in respect of the sum of N263, 000, 000 (Two Hundred and Sixty-Three Million Naira) should not be made in favour of the Federal Government of Nigeria.”

‘PDP will never come back to this country’– Tinubu