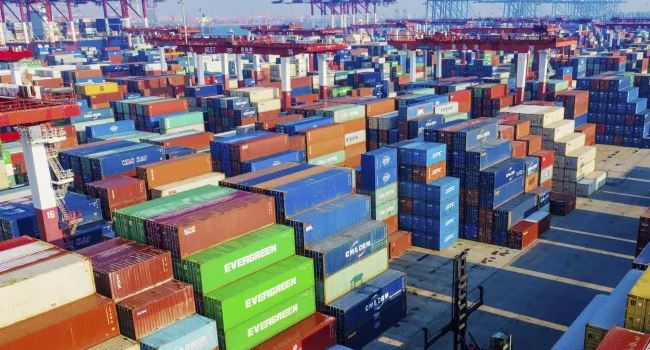 Nigeria’s trade deficit, which gauges the value at which the country’s imports exceeds its exports, stood at N2.388 trillion at the end of the third quarter as total imports reached N5.381 trillion while total exports came to N2.993 trillion, data issued by the National Bureau of Statistics (NBS) showed on Monday.

Total trade within the period scaled up to N8.374 trillion, 34.15% higher than the figure reported in the second quarter. However, it fell 8.85% lower than what was recorded in the third quarter of 2019.

Nigeria’s total trade since the beginning of the year to the end of September amounted to N23.204 trillion, the NBS said.

Africa’s biggest economy recorded a 33.77% rise in total imports in the period relative to the level reached in the corresponding period of 2019.

Despite the disruption induced by the coronavirus pandemic and the lockdowns that followed, the value of imports in the third quarter was the highest for any quarter since 2017, implying that government is losing the war to reduce consumption of imported goods by boosting self-sufficiency.

The value of Nigeria’s exports for the quarter lifted by 34.85% when compared with that of the quarter before. But if dropped by 43.41% relative to the figure recorded in the third quarter of 2019, NBS said.

Apart from the second quarter of this year, the export value for the third quarter was the lowest of any quarter since 2017.

“Due to lower exports and higher imports compared to 2019, the trade balance recorded a deficit of N2.389 trillion during the third quarter.

“This also represents the widest merchandise trade deficit since 2017. When compared to the deficit of N1.803 trillion recorded in Q2, the Q3 deficit rose by 32.45%,” the NBS said.

Related Topics:NBSNigeria’s trade deficit
Up Next