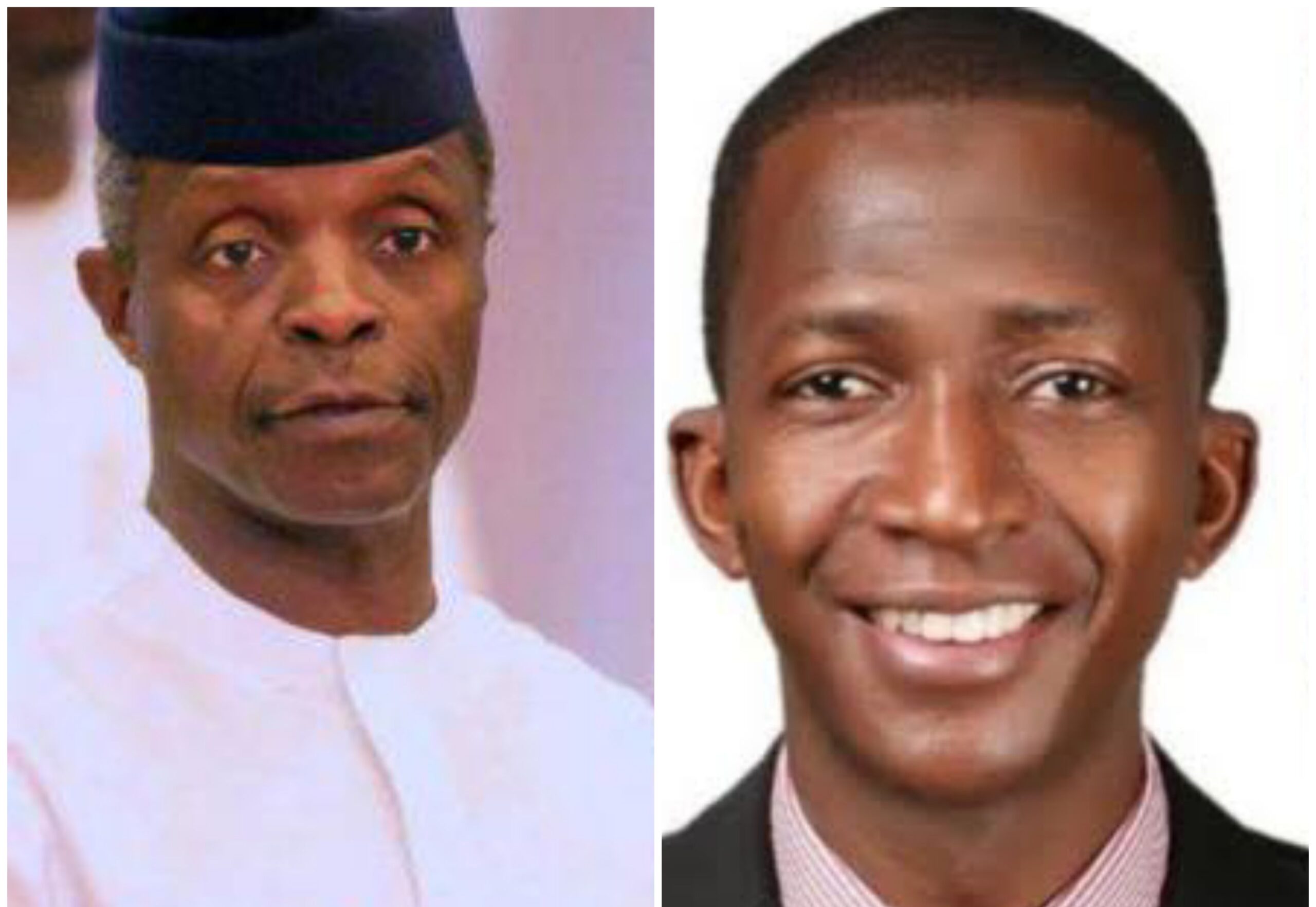 Some Twitter users are singing the praises of Nigeria’s Vice President, Prof. Yemi Osinbajo, calling him a pacesetter and a role model for his numerous achievements since assuming office in 2015.

Notably listed among his achievements as V.P which received high commendations were his commitment to implementing the administration’s Economic Recovery and Growth Plan (ERGP) and the Economic Sustainability Plan (ESP) which many believe has so far, cushioned the effects of the country’s drift into recession.

The Vice President was also praised for solidly holding the fort for President Muhammadu Buhari while he was away in the United Kingdom on a seven-week medical leave in 2017 after suffering an “apparent deterioration” in health.

The commendations, however, did not come without criticisms from some other Nigerians who have labelled the Vice President’s office, “The Office of Silence” following claims that the VP always took the back stage in the face of pressing national issues.

Yemi Osinbajo is basking in the love of many Nigerians at the moment – not a common experience for politicians in this country where they are generally held in low esteem.
OSINBAJO THE PACESETTER pic.twitter.com/gT0seVawXm

Osinbajo, who was acting President for three months held the forte for his boss' return unlike most politicians who would have been scheming to take over his seat.

Prof. Osinbajo is different and a breath of fresh air in Nigeria's politics.

OSINBAJO THE PACESETTER. The first VP to hold forth when the President was away in London for six months without being desperate or scheming to become the first citizen and did his work diligently.

Prof Yemi Osinbajo is the First Vice President to initiate a Youth Employment scheme that employed close to a million youths Nationwide. OSINBAJO THE PACESETTER pic.twitter.com/rtZoF8vwIL

His heart cannot take it😂😂

Osinbajo the pacesetter? How na? The same osinbajo that was no where to be found while his people are being killed by fulanis? Baba even stopped his condolences visit bcos bubu stopped expressing shock😂

OSINBAJO THE PACESETTER is trending o my people, can someone explain it to me, I don't get the joke.

How Osinbajo the pacesetter biko?
You mean as the first pastor that became an impotent Vice President watching Christians and churches bombed or first SAN that is in a govt that daily violates human rights?

"Osinbajo is the condolence minister, he's always giving his heart out". This shows his empathy. A quality very few leaders have

Abdulrasheed Bawa might have earned the goodwill of most Nigerians on Twitter, Wednesday, after he was widely lauded for his display of charisma during the Senate screening following his nomination as substantive chairman of the Economic and Financial Crimes Commission (EFCC).

The 40-year-old who now heads the anti-graft agency categorically denied before the upper chamber, claims that he sold seized property in the custody of the EFCC, noting that the said property in the agency’s Portharcourt Zonal office was properly disposed off by personnel.

“I never sold a single truck at the Port Harcourt office; the head office handled that at the time.

“Anybody that is familiar with the processes of the EFCC knows that the chairman doesn’t have the power to sell an asset but the secretary of the agency,” Bawa told the senate

Speaking on his achievements since assuming the Port Harcourt office, he said:

“When I took over the Port Harcourt office, they had 34 convictions but when I got there, we recorded 216 convictions.”

The Senate has confirmed Abdulrasheed Bawa as the new chairman of the Economic and Financial Crimes Commission (EFCC). Congratulations to him and to all Nigerian Youths!#webelieve!🇳🇬 pic.twitter.com/CUDfIJ03TN

Clap for inconvenience? These men don't like such efficiency

Is there anyone still doubting the competency of this young eloquent Aboki? 😅 Ladies and Gentlemen, AbdulRasheed Bawa to the world 👏

AbdulRasheed Bawa is very good. Who said the youths are not ready?

Abdulrasheed Bawa
Many of the Senators screening you today have pending cases with EFCC.
Will you have the courage to open these cases and fight them to logical conclusion? pic.twitter.com/gq6SwfsoD5