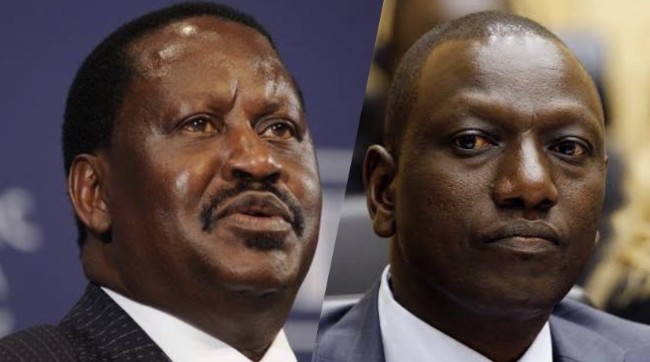 Following the announcement of William Ruto as the victor of the presidential election, Kenya prepared for a protracted court battle on Tuesday.

Over the protests of more than half the electoral commission, Ruto was pronounced the winner in a hotly contested presidential campaign, igniting fears of civil unrest.

After demonstrators clashed with police and set tyres on fire on the road overnight, calm has returned to the streets in Nairobi’s massive Kibera slum and the western city of Kisumu, both of which are strongholds of rival candidate Raila Odinga.

However, the dramatic turn of events on Monday, in which Ruto was narrowly elected president as a rift in the electoral commission supervising the vote on August 9 surfaced, have stoked concerns about bloody riots similar to those that followed earlier contested elections.

The seasoned opposition leader, who is running for president for the fifth time, is under pressure from both domestic and foreign authorities to seek a peaceful judicial resolution to any complaints regarding the election’s outcome.

Both the U.S. embassy in Kenya and the United Nations pleaded with all sides to cooperate.

The four commissioners who rejected the election results also recommended that the parties go to court to resolve their differences.

In the majority of the nation, businesses were open as usual, and residents in Ruto-voting regions were still in a festive mood.

Over 1,200 people were killed in extensive violence following the 2007 presidential election in Kenya, the wealthiest and most peaceful country in East Africa.

Due to irregularities in the voting process, the Supreme Court invalidated the outcome of the most recent presidential election in 2017, which resulted in the deaths of more than 100 people.