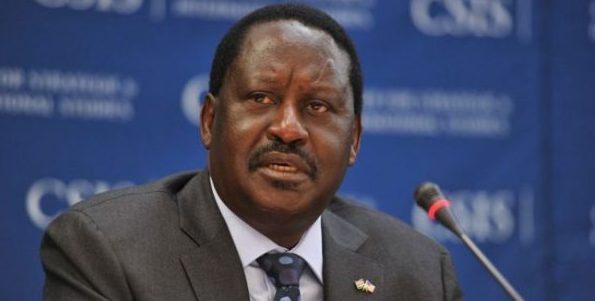 Kenyan opposition leader, Raila Odinga, has taken an early lead in the country’s presidential election as results of the much-anticipated election tickle in on Saturday.

According to results published by the Kenyan electoral commission and shown on a big screen at a national tallying center in Nairobi, Odinga had 54 percent of the vote while Deputy President, William Ruto recorded 45 percent with little over 26 percent of the ballots counted.

Kenya held its presidential, parliamentary, and local elections on Tuesday.

To succeed President Uhuru Kenyatta, who has served his two-term in office, one of the candidates must receive 50 percent of the national vote plus one, and at least 25 percent of the vote from 24 of the 47 counties.

Kenyatta, who fell out with Ruto after the last election, had endorsed Odinga as his possible successor.

Official vote tallying has proceeded slowly in many of the polling units across the East African country.

The chairman of the election commission, Wafula Chebukati, blamed party agents who were allowed to scrutinise results forms before they were added to the final tally for the slow process.

“Agents in this exercise cannot proceed … as if we are doing a forensic audit,” he told a news briefing on Friday.

“We are not moving as fast as we should. This exercise needs to be concluded as soon as possible.”

The commission has until Tuesday to declare a winner of the election.

Related Topics:Kenya election
Up Next