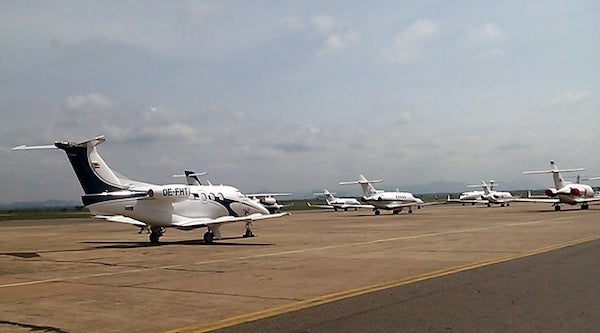 President Muhammadu Buhari on Sunday suspended the movements of all passenger aircraft, both commercial and private jets in Nigeria, following the spread of coronavirus in the country.

The president announced the suspension during a nationwide broadcast on Sunday.

He said: “Movements of all passenger aircraft, both commercial and private jets, are hereby suspended. Special permits will be issued on a needs basis.”

The president had also ordered a total restriction of movement in Lagos and the Federal Capital Territory (FCT) because of the COVID-19 scourge.

He said the restriction would also apply to Ogun State due to its close proximity to Lagos and the high traffic between the two states.

The directive takes effect on Monday.

All the sectors exempted from President Buhari’s COVID-19 lockdown