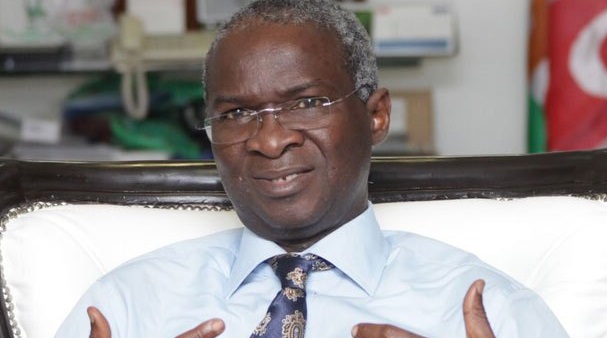 The Minister of Power, Works and Housing, Mr. Babatunde Fashola, on Tuesday kicked against the move by the House of Representatives to criminalise estimated billing by Electricity Distribution Companies (DISCOs) in the country.

This is coming as the Eko Electricity Distribution Company (EKDC) has been dragged before a Lagos High Court sitting in Ikeja by the Confederation of Iba Communities over what it described as “outrageous estimated electricity bills.”

The community prayed the court to declare the current billing rate of EKDC as excessive and outrageous.

The House Committee on Power had opened a public hearing to deliberate on the bill sponsored by Majority Leader of the House, Femi Gbajabiamila, on Tuesday in Abuja.

The bill aims to amend the Power Sector Reform Act to prohibit and criminalise estimated billing by DISCOs and provide for compulsory installation of pre-paid meters for all power consumers in Nigeria.

Even though the bill wasn’t gladly received by the stakeholders, the lawmakers ignored, saying the greatest thing that could be done was to incorporate some of the views expressed by them in the legislation.

Gbajabiamila said it was not justifiable to continue to ask consumers to pay for power not consumed.

On his part, Fashola said the proposed bill could ruin the power sector, stressing that the financial challenges of metering must first be addressed.

“And I take it that we all know what is core mandate. Their core mandate is to supply energy.

“My view is that let new players be licensed to have the supply of meters as their core mandate to take the load off the DISCOs,” Fashola stated.

The Minister noted that the issues confronting the sector like energy theft and meter bypass must be addressed and also be given heavy penalties against defaulters.

While calling for a simplification of the bill for proper understanding, ANED said the legislation would simply promote darkness in the country, printing out that the DISCOs would be disconnecting supply to customers who had no meters in a bid to escape punishment over estimated billing.

Also, NERC Commissioner for Legal, Licencing and Compliance, Dafe Akpeneye, also opposed the bill, warning that 50 per cent of power consumers would lose their connection if the law was applied without first addressing the challenges of metering.

In May 2018, Ripples Nigeria reported that NERC had given approval to 22 firms seeking to procure and install meters for power consumers across the country, as the commission aimed at bridging the wide metering gap in the power sector.

The commission said the effort was to bridge about five million metering gaps in their networks as well as reduce or end the practice of estimated electricity bills often regarded as ‘crazy bills’ by Nigerians.

Since the power sector was handed over to the private owners in September 2013, there have been different controversies between the distribution companies and consumers on the one hand, and between the DISCOs and government on the other.

The DISCOs seem unable to provide adequate meters, hence it has resorted to the estimated billing system to charge consumers, even as many complaints that they are charged for electricity not consumed.

Meanwhile, the Iba community also prayed for an order mandating the defendants, which include EKDC and its District Manager, Mr. Christopher Olu, to pay N15 million for general damages and cost of action, and restraining the defendants from imposing, awarding or issuing bills to the claimants without issuing metering device.