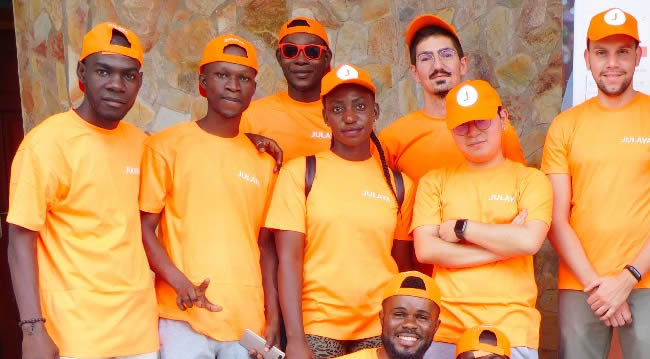 Ivory Coast-based fintech startup, Julaya, has announced closing a US$2 million in pre-Series A funding to grow and expand its product in West Africa.

The startup provides businesses and institutions with an online platform to disburse payments to mobile money and mobile banking wallets.

In 2018, the startup was founded by Mathias Léopoldie and Charles Talbot.

Today, the Fintech startup has a customer base that ranges from SMBs to large corporates and government institutions, and includes brands such as the e-commerce company Jumia.

Julaya is expected to use the funding for further market penetration in Ivory Coast, expansion in West Africa – starting with Sénégal – and new product development.

Tech Trivia: What is the Nigerian most visited website?

Gupshup, a conversational messaging platform, has joined a list of startup sealing an equity raiser well over $200M with its latest $240 million.

According to local media, the tranche will be used to build new tools, infrastructure, and services while expanding Gupshup’s global reach.

The raiser also takes the company’s valuation to $1.64 billion.

Gupshup was founded in 2014 as a startup to provide a chatbot authoring service that allows developers to create, deploy, and publish chatbots across over 30 channels.

Prior to starting the company, Sheth launched the freelancing platform Upwork, which went public on Nasdaq in October 2018.

The app, which has only reached 100k downloads on Playstore, runs like Clubhouse.

Although, the figures are still far behind, compared to other app in its category.

Clubhouse today has 30.2 million total installs, 18.7 million of which are on iOS.

Spotify Greenroom’s launch last month, meanwhile, seems to have attracted only a small fraction of Spotify’s larger user base, which has now grown to 365 million monthly active users.

The majority of Greenroom’s installs took place after Greenroom’s official launch on July 16, 2021 through July 25, 2021.

Taking the lead in Nigeria, this site ranks: #167 in global internet engagement with 7:32 Daily Time on Site.

Egyptian startup Nawy closes 7-figure seed round. 2 other things and a trivia