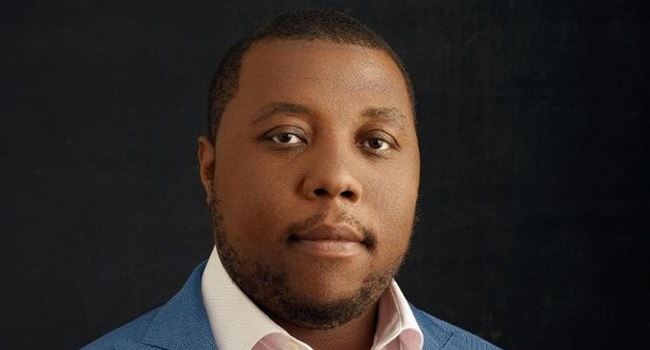 The firm will look out to spotlight founders tackling critical problems in the continent’s largest markets.

According to media reports, the firm will invest in up to 30 startups across a range of sectors.

Being an early stage investment portfolio company, its ticket will range from US$20,000 to US$100,000 per company, and will focus on startups in Nigeria, Kenya, South Africa and Northern Africa.

Soyombo, an early investor in Paystack, described the new development as an incredible journey for the founders.

He said: “Voltron Capital is the beginning of another incredibly exciting journey for Abe and I, but it is also a celebration of the road Africa’s entire tech space has travelled to-date.

“We hold a track record of identifying and supporting some of Africa’s most high-growth startups to-date with capital at pre-seed stage and also hold long-established relationships with corporates and regulators, which can make what can often be a difficult path for African startups much smoother.

We want the next wave of African tech success stories to not only make an impact on the continent, but to be truly global; through Abe’s strategic connections to the United States (US), we’re confident we can provide our portfolio with the best possible opportunities to achieve this through our US and global network.”

Google Chrome has a hidden mini-game that involves what?

A. A T-rex hurdling cacti
B. ASCII Tetris
C. Flappy Bird with a penguin
D. A typing game

GoodsMart, a Cairo-based online household shopping service, has announced closing a US$3.6 million in funding to accelerate market expansion.

GoodsMart was founded in 2014, as a venture allowing customers browse thousands of premium grocery and home products from a variety of shops and suppliers.

On GoodsMart, users can place orders, and have goods delivered to their door.

Read also: AfriLabs selects 24 new members in its network. 1 other thing and a trivia

In 2019, the startup raised funding from Algebra Ventures, and has since been working to enhance its premium household shopping experience over the last two years.

Speaking on the development, Amr Fawzi, chief executive officer (CEO) and founder of GoodsMart, revealed that the company’s biggest success lies in the emotional bond it had built with clients.

He said: “We started in 2014 with a vision to re-invent grocery shopping. Our biggest success is the emotional bond we managed to create with our clients – listening to them was and will always be the secret recipe.”

Pineapple, a Johannesburg-based car insurance startup, has secured a Series A funding round with R80 million secured from investors.

This was revealed in a statement from the co-founder, Ndabenhle Ngulube, where he attributed the round’s success to the app’s growth in 2021.

According to Ndabenhle, the company grew by 200% in the first 6 months of the year.

He said: “We did not expect to grow by 200% in the first 6 months of this year, but it goes to show that customer insurance purchase behaviour is starting to shift online and that customers are becoming more astute as to the online ratings of insurance providers and not settling for second best.”

The cofounder further noted that some of the high profile investors in the Series A funding round included Vunani Capital, Lireas Holdings, and E4E.

On use of the fund, the company is expected to use the fund to finance its expansion as a business as well as grow overseas partnerships.

Google added a T. Rex side-scrolling mini-game to Chrome Canary in mid-2014 and eventually introduced it to the browser’s stable build. The game is playable by hitting the space bar or up arrow when you come across a connection error screen with the dinosaur.

Its mechanics are simple, involving jumping and ducking oncoming cacti and pterodactyls, and although it displays your progress and high score, both are lost when the window is closed or refreshed.

Ivorian Julaya closes $2m to digitise business payments. 2 other things and a trivia

Yoco closes $83m Series C funding round. 2 other things and a trivia