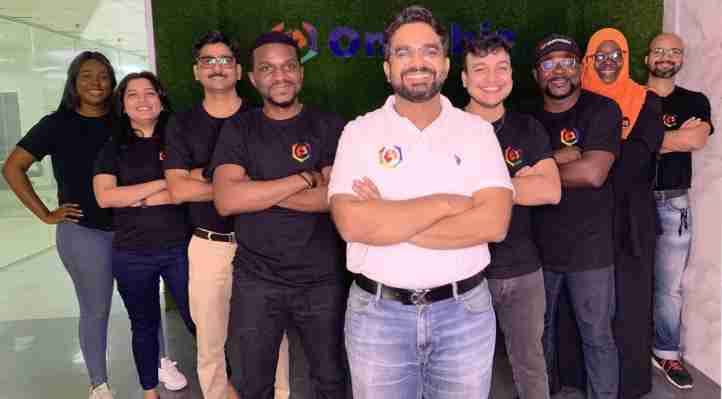 A Lagos-based B2B e-commerce and retail platform, Omnibiz, on Friday closed a $15 million pre-Series A round in debt and equity funding.

Cofounder, Deepanker Rustagi, confirmed the development in a media release.

According to Deepanker, the new funding round is $5 million equity and $10 million debt led by Timon Capital.

He explained that other VC firms such as Ventures Platform, Lofty Inc, Chapel Hill Denham, Chandaria, and Musha Ventures participated in the investment.

Rustagi further explained that initial funds raised have been used to expand footprints.

He said: “We’ve expanded in cities, geographically, and we have improved the overall system; the retention of the retailer, even with growing competition, has been phenomenal. And I think that’s what equips us for the next race.”

Read also:UNDP to launch $1bn support for African startups. 2 other stories and a trivia.

Dr. Mahmoud Khattab, CEO of B.TECH, confirmed the new launch in a press release on Friday.

Dr. Mahmoud claims that the deel app offers merchants the full spectrum of services to ensure efficiency and transparency while helping merchants start and further grow their businesses.

The Egypt’s household appliances and consumer electronics retailer company was launched in 1997, headquartered in Cairo, Egypt.

“With the launch of deel, we deploy our deep-rooted knowledge of the electronics market, strong supplier relationships, and our forward-thinking to contribute to the digitalization of the retail sector,” Dr. Mahmoud said while commenting on the new launch.

Ripples Nigeria gathered the all-in-one deel app will be powered by B.TECH to create a digitized retail operating system.

A Paris-based and Africa-focused startup, Koolboks, has announced closing a $2.5 million seed round led by Aruwa Capital Management to scale solar refrigeration in Africa.

Ayoola Dominic, cofounder at koolboks, confirmed the latest raiser in a media release seen by Ripples Nigeria on Friday.

According to the statement, Acumen, Blue Earth Capital, All On, GSMA, and other investors participated in the funding round.

Ripples Nigeria had earlier reported in May 2022 that a world rendezvous for startups, International Finance Corporation (IFC), shortlisted two Nigerian startups, Crop2Cash and Koolboks among the top 45 African startups driving innovations on the continent.

According to Dominic, the four-year-old company currently had a physical footprint across 18 countries and plans to expand further with the new investment.

TIFF stands for “Tagged Image File Format.” It is a graphics file format created in the 1980s to be the standard image format across multiple computer platforms.

The TIFF format can handle color depths ranging from 1-bit to 24-bit.

UNDP to launch $1bn support for African startups. 2 other stories and a trivia.