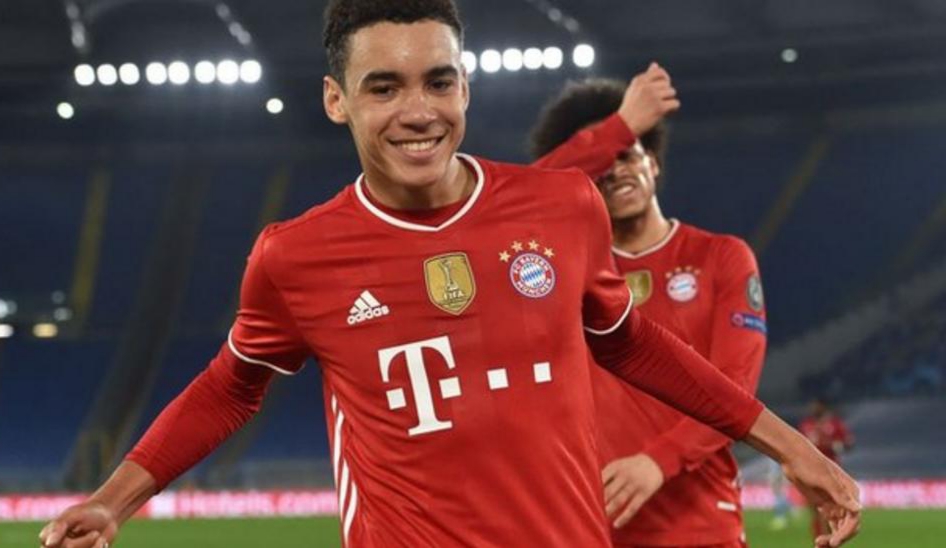 Bayern Munich youngster, Jamal Musiala has pledged his international future to Germany ahead of England and Nigeria.

The 17-year-old, who scored his first Champions League goal on Tuesday night to help the defending champions thrash Lazio 4-1, will be 18 on Friday.

Musiala was born in the German city of Stuttgart to a British-Nigerian father and German mother, and could play for the national teams of any of the three nations.

He has already represented both England and Germany at youth level, but says he has thought about his international future “a lot”.

“I have a heart for Germany and a heart for England. Both hearts will keep on beating,” Musiala told The Athletic.

He added: “I had a very good an honest discussion with Joachim Low. We met in Munich and he showed me clearly my way to the national team,” Musiala said.

“I was impressed by how well informed they both were. Mr Low analysed very well my style and my weaknesses. He sees me in the future in my strongest position, that in the attacking midfield.”

Germany will be having 2022 FIFA World Cup qualifying games next month and should Musiala play in one of the games, he will be tied to Germany.