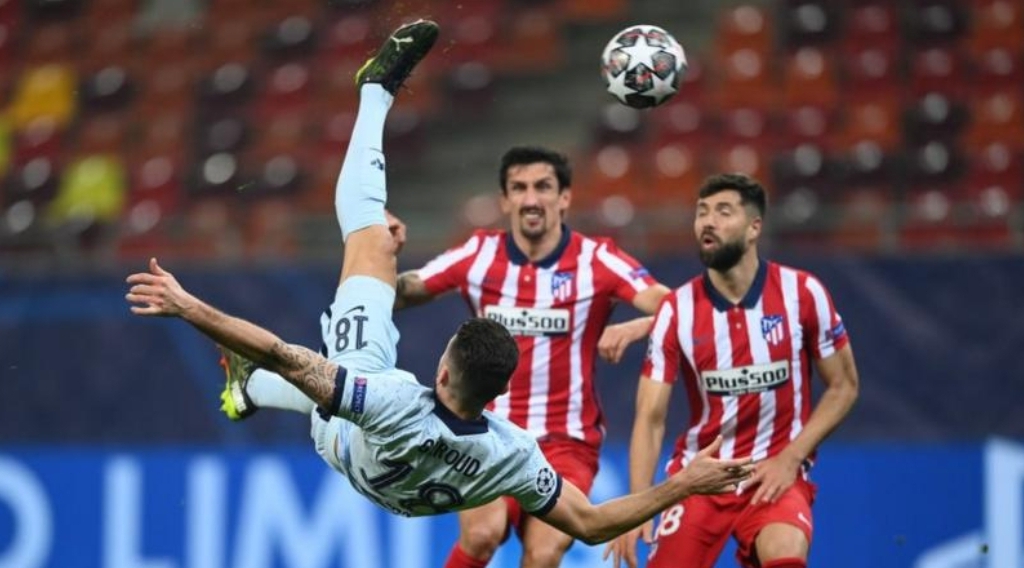 The France international scored a superb goal to hand the Blues a 1-0 lead in the tie – an away goal advantage.

After a goalless first half, Giroud put the ball in the net with an acrobatic overhead kick, which was judged offside but was later given by VAR.

The Thomas Tuchel side were more attacking than Atletico, who were supposedly at home although the game took place in Bucharest, Romania, because of the coronavirus restrictions in Spain.

The second leg of the tie will be held at Stamford Bridge on 17 March, as Diego Simeone’s side would also be looking to come from behind to seal qualification for the quarterfinals.

In Italy, Lazio walk a tight rope ahead of the second leg against Bayern as they were thrashed 4-1 at home by the defending champions.

Robert Lewandowski opened the scoring with his 72nd goal to overtake Raul as the tournament’s third-highest scorer.

Jamal Musiala, Leroy Sane were also on target while Francesco Acerbi was forced to score an own goal early in the second half, before Lazio got a consolation through Joaquin Correa minutes later.

Bayern, who have won six titles in the past nine months, are in complete control of the tie and will host Lazio in the return leg on 17 March.