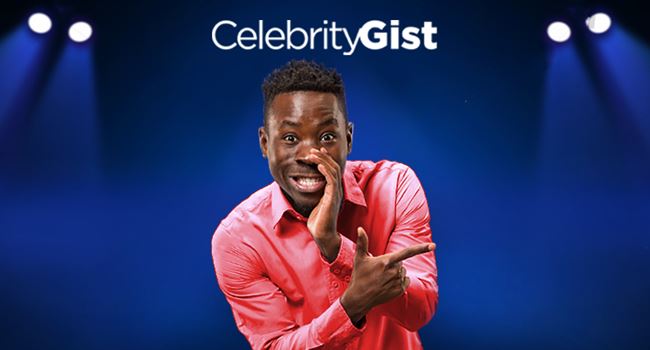 Speaking as a single man, Falz stated that he doesn’t want to be annoyed and that nobody is above “blocking” on Christmas day.

Watch his video below.

She also said that Nigerians will keep being in a state of confusion and pandemonium until the IPOB leader is freed.

Edochie, one of the most outspoken celebrities added that those saying Kanu will only be freed when they are dead, should be ready to die.

Edochie had this to say:

Nollywood actress Esther Nwachukwu in an Instagram post countered reports that Big Brother Naija’s Tacha got a N10 million gift from her fans on her birthday.

The budding actress took to her Instagram page on Friday, December 24, 2021, where she alleged that the reality TV star staged the gift presentation.

According to Nwachukwu, Tacha staged everything from the gifts to the fans who presented them.

83-year-old Alaafin of Oyo, Oba Lamidi Adeyemi III was spotted earlier in the week exercising in his palace.

The photos went viral on the social media platform, Facebook. The monarch was seen wearing a dark track suit and white cap while executing his exercise routine.

Davido performs ‘miracle’ at concert, as singer Victony stands for the first time since accident

Budding Nigerian musician Victony for the first time since his accident in April 2021 got up on his feet to perform after award winning popstar Davido got on his knees to say a word of prayer to God.

The singer who stood up to perform at ‘A Decade of Davido’ concert in the early hours of Saturday December 25, was heard saying “For the first time, I want to perform Holy Father properly, okay? On my feet!”

Victony has been confined to a wheelchair since the accident in April.

Rapper Yung6ix celebrates one year of celibacy as 2021 unwinds

Nigerian rapper Yung6ix is celebrating his twelve months of celibacy.

The rapper shared his excitement on his Instagram stories on Saturday morning.

Controversial Nigerian On Air Personality Daddy Freeze, is of the opinion that the Christmas holiday has nothing to do with the birth of Jesus Christ.

“The son of an European god was born today and they declared it a Holiday. So, we true Christians wish the rest of you Happy Holidays,” he wrote on his Instagram page.

Read his thread below.

Comedian, Isokoboy, cries out after sister is murdered over land dispute