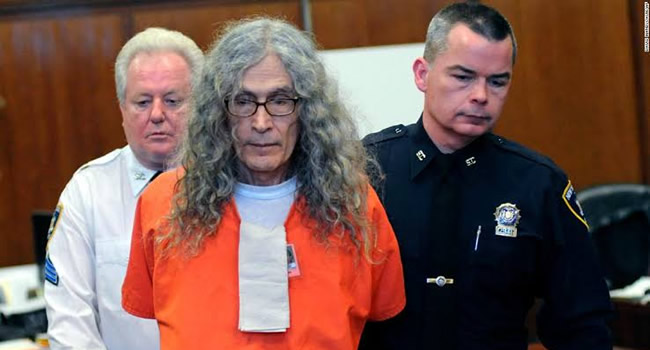 A celebrated US serial killer, Rodney James Alcala, known for torturing and killing his victims during the ’70s, has died of ‘natural causes’ in California while awaiting his execution.

According to prison officials, Alcala who was 77 at the time of his death, died at the San Joaquin Valley Hospital on Saturday.
Alcala, dubbed “The Dating Game Killer,” was sentenced to death in 2010 for five murders in California between 1977 and 1979, including that of a 12-year-old girl. But authorities suspect that he may have killed as many as 130 people across the country.

Alcala’s modus operandi was luring women by offering to take their pictures. He would later strangle or beat his victims to death after sexually assaulting many of them.

Alcala received an additional 25 years to life in 2013 after pleading guilty to two homicides in New York but in 2016, he was charged again after DNA evidence connected him to the 1977 death of a 28-year-old woman whose remains were found in a remote area of southwest Wyoming.

Alcala earned the moniker of “The Dating Game Killer” after appearing in 1978 as “Bachelor No 1” on an episode of “The Dating Game”, an American television show where a “bachelorette” would be asked to accompany eligible “bachelors” on a date, with the roles being reversed occasionally.

Although Alcala won the contest, the woman playing the bachelorette later decided not to go on a date with him because she found him “disturbing”, according to news reports.

Prosecutors said Alcala continued killing even after he appeared on the television show. He stalked women like prey and took earrings as trophies from some of his victims.

“You’re talking about a guy who is hunting through Southern California looking for people to kill because he enjoys it,” Orange County, California, prosecutor Matt Murphy said during his trial.

Two of his victims were posed nude after their deaths; one was raped with a claw hammer and all were repeatedly strangled and resuscitated to prolong their agony, prosecutors said.

After the sentencing, authorities released more than 100 photos of young women and girls found in Alcala’s possession in hopes of linking him to other unsolved murders around the country.