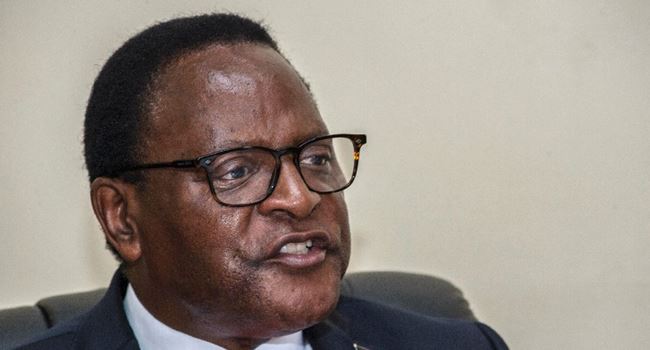 The President of Malawi, Lazarus Chakwera, has incurred the wrath of his country after he flew out to the United Kingdom to attend the Global Educational Summit which is to be hosted by British Prime Minister, Boris Johnson.

According to media reports in the country, Chakwera was said to have traveled to London for the summit owing to bad internet connection in his country which could affect his participation.

One of Chakwera’s media aides was quoted as saying that since Malawi is one of the major beneficiaries of the educational programme, it was absolutely necessary for the president to attend the Summit as he has been pencilled down to give an address.

The report added that Chakwera listed 10 delegates who accompanied him on the journey, including his wife and daughter, who replaced the Minister for Foreign Affairs who was dropped at the last minute.

According to the President, his daughter was included in the delegation to take care of his wife who is not feeling well and to give physical support, an explanation which sparked widespread criticism with many accusing him of nepotism and favoritism.