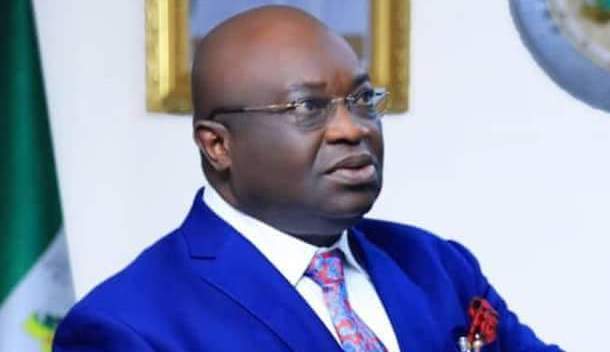 A former Attorney-General and Commissioner for Justice in Abia State, Umeh Kalu, on Thursday, attacked Governor Okezie Ikpeazu over his poor handling of the state affairs.

In a strongly-worded letter titled: “State of Abia: Wake-up call on Gov Ikpeazu,” released to the media, the ex-commissioner listed the failings of the Ikpeazu administration and offered suggestions on how to rescue the state from its numerous challenges.

He decried the pitiable state of affairs in Abia, saying he wrote the letter to clear his mind.

According to him, infrastructure in the state was in rapid decline while the government engaged in bogus spending on non-priority areas including a monthly allocation of N500 to N700 million as security votes to the governor.

He lamented that Ikpeazu had derailed from his initial passion for service by opting to enrich a few individuals to the detriment of the people of the state.

He also slammed the governor on appointments into his government and hiring of consultants working for the state, especially those engaged to obtain Abia State Paris Club debt refund from the Federal Government.

“Paris Club debt refund has given birth to some Abia billionaires, who are basically bereft of any known qualification in finance or related matters. The only qualification these few persons possess is their affiliation to the seat of power in our state.

“While these few persons drive around in their fleet of exotic cars, thousands of deprived Abians for whom these funds are meant to ameliorate their problems are either dead or living destitute.”

He urged Ikpeazu to give priority attention to road infrastructure, funding of the judiciary and welfare of civil servants as his administration gradually winds down in order to right the wrongs.

Kalu added: “Umuahia has indeed suffered neglect in the hands of successive governments, including yours. I implore you, within the available time to ensure completion, dualization, and lighting of the FMC to Ubakala/Enugu – Aba Expressway junction. The Mission Hill access road into Umuahia from the Enugu – Aba Expressway remains an embarrassment to our State and the capital city. The attempt at demarcating that road is an added problem to motorists.

“We visit other states and cannot pretend not to know that no state hosts that nature of colonial road announcing entry into its capital city. The Mission Hill road needs to be expanded and compensation paid to owners of roadside structures and buildings that may be affected in the expansion process. Ditto for the roads leading to Isieke and Ikot Ekpene. It is not an impossibility to revamp the Umuahia water scheme.

“For the commercial city of Aba, you may concentrate on the three areas of ingress and egress into and out of Aba. That is the Aba/Owerri road, the Aba/Port – Harcourt road and the Ogbor Hill to Ehere and Ukpakri roads. Tagging these roads federal roads is no excuse, as the dilapidated nature of these roads is adversely affecting the economic fortunes of Aba and its citizens.

“The internal roads within Aba metropolis, which till date remain the most efficiently planned in the entire southeast region of Nigeria should be given attention. Special attention should be given to the roads leading to the major markets and areas of economic activities. It is disheartening to know that all the efforts and Billions of Naira allegedly expended on the construction of roads leading to the Ariaria market, including the Ukwu mango since 2010 have yielded little or no dividend.”

“For the judiciary, funding is key in this respect. I advise you to give assent to the Bill granting autonomy to the judiciary that has been on your desk unattended for the past months. It is worrisome that the judiciary in Abia State cannot even afford to attend the annual judges conference in Abuja on government sponsorship. Several judges in Abia State are yet to be assigned official cars years after their appointment.”