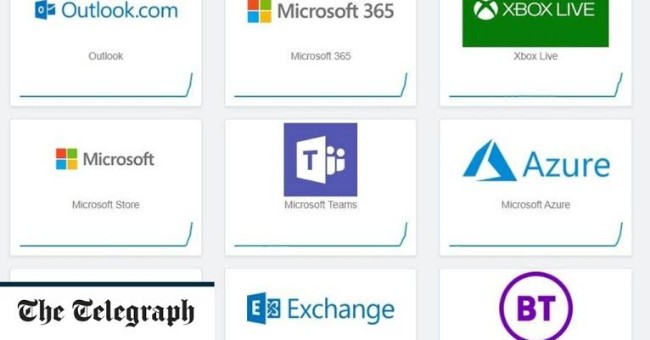 Many users worldwide on Wednesday could not access several Microsoft services, including Teams, Xbox Live, Outlook, and the Microsoft 365 suite.

Microsoft, on its official Twitter handle, acknowledged the outage and said it’s working on a fix.

“We’ve identified a potential networking issue and are reviewing telemetry to determine the next troubleshooting steps,” reads the statement in part.

Ripples Nigeria earlier reported that the tech company recently announced plans to invest $10 billion into OpenAI, the owner of ChatGPT.

A Dubai-based accounting and financial compliance startup, Wafeq, has secured a $3M in seed funding to expand its footprint in Egypt.

Read also:Microsoft Corp to invest $10 billion into OpenAI. 2 other stories and a trivia

Nadim Alameddine, CEO & Founder at Wafeq, confirmed the funding in a press statement on Wednesday.

Ripples Nigeria understands that the round was led by Raed Ventures and witnessed participation from Wamda Capital.

“Together with the backing of Raed Ventures and Wamda Capital, we are excited about our entry into Egypt while growing our presence in Saudi Arabia and the UAE,” said Alameddine.

Wafeq will use the funds raised to grow its footprint in Saudi Arabia and the UAE while entering the Egyptian market.

Tesla is investing $3.6 billion into building two new production facilities in the state gigafactory in Nevada.

The company made the announcement on its official blog, seen by Ripples Nigeria on Wednesday.

According to the website, the two plants will add to Tesla’s current Nevada gigafactory, which produces the electric motors and battery packs for the Model 3 and occupies 4 million square feet in total.

Tesla’s 4680-type cylindrical lithium-ion battery cells will be produced in the new cell facility, which will have the capacity to produce enough batteries for 2 million light-duty vehicles yearly.

“We will be investing over $3.6 billion more to continue growing Gigafactory Nevada, adding 3,000 new team members and two new factories: a 100 GWh 4680 cell factory (with capacity to produce enough batteries for 1.5 million light-duty vehicles annually), as well as our first high-volume Semi factory,” according to the company.

Tesla’s most recent investment drive in Nevada is comparable to its $3.5 billion 2014 investment in Sparks for its first gigafactory.

The corporation has since made a total of $6.2 billion in Nevada investments.

A kernel is the foundational layer of an operating system (OS). It functions at a basic level, communicating with hardware and managing resources, such as RAM and the CPU.