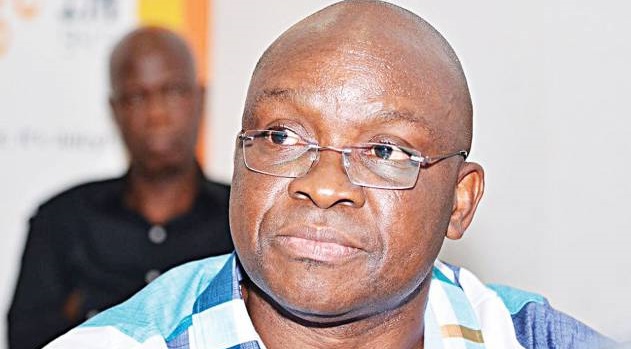 Former Governor of Ekiti State, Ayodele Fayose, has said that Nigerians can no longer stand with President Muhammadu Buhari considering the supposed pains his government had inflicted on them.

Fayose stated this in a Tweet on his Twitter handle – @GovAyoFayose – on Thursday, in response to Senate President Ahmad Lawan’s call that Nigerians should continue to stand with Buhari.

Lawan made the call in his birthday message to Buhari.

But Fayose said, “While I am not against congratulating President Buhari on his disputable 78 years, I reject such a call from the Senate President that Nigerians should stand with the President.

“It is such an unfair call.

READ ALSO: I urge every Nigerian to continue to stand with Buhari —Lawan

“Funny that the Senate President, Ahmad Lawan, is asking Nigerians to keep standing with President Buhari.

How can Nigerians stand with a man who is inflicting pains on them? A man under whose leadership Nigerians are being killed and kidnapped daily and has not raised a finger?”

I urge every Nigerian to continue to stand with Buhari —Lawan