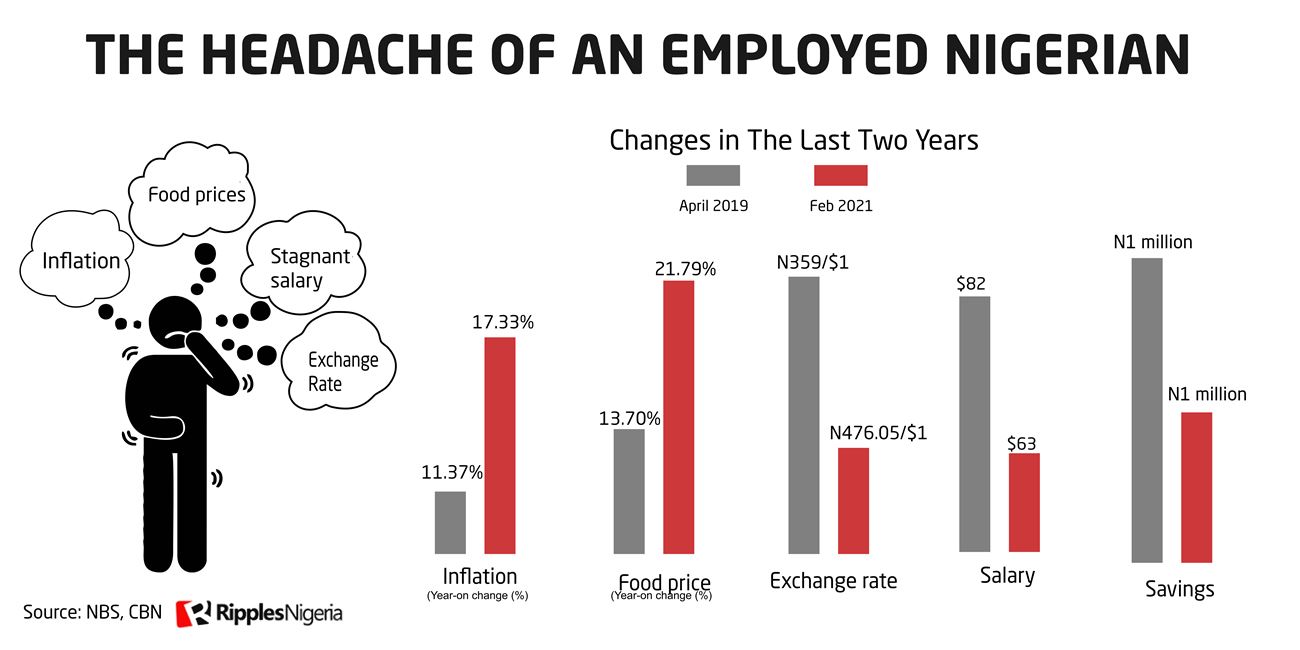 The salaries of employed Nigerians have been eroded by a weaker Naira and rising inflation, over the last two years, dashing the hopes of a comfortable future.

On Thursday April 18, 2019 when the law was signed by President Muhammadu Buhari, the naira closed the month of April at the Bureau de Change forex market with an average exchange rate of N359 to the dollar, data from Central Bank of Nigeria shows.

For a Nigerian whose salary has not improved since April 2019, he or she will also have to find a way to deal with the rising inflation during the same period under review.

NBS consumer’s price index also indicated that the average monthly index price of food was 353.6 as at April 2019 but this has increased to 421.6 in February 2021.

The pain is even made clearly if illustrated with an employee who had N1 million as savings as at April 2019, with a return of 1.5 percent as interest. Computed, he will have at least N1,102,500 to withdraw in February 2021, representing an additional N102,500.

However, when the N1,102,500 is converted to dollar whatever supposed gains accruable would have basically been wiped out due to the depreciation in the Naira.

Related Topics:#featuredBuharinairaRipplesMetricssalary of Nigerians
Up Next