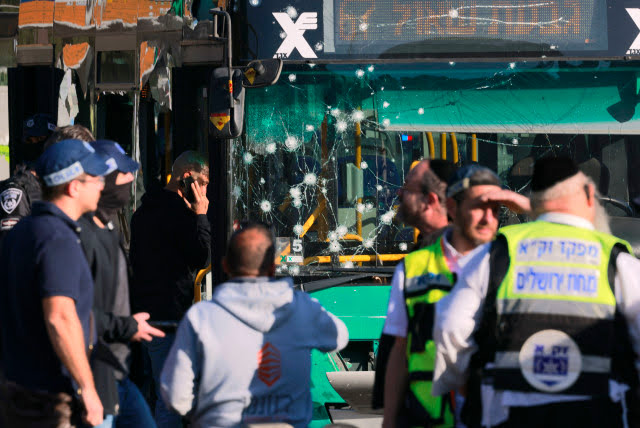 A 16-year-old student has been killed with 19 others injured after a rare twin bombing at two busy bus stops at separate entrances into Jerusalem on Wednesday, according to the police.

The police, in a statement, said the deceased student identified as Aryeh Shechopek, an Israeli-Canadian citizen who lived with his family in the capital’s Har Nof neighborhood, was on his way to a school in a nearby community when the explosion occurred.

“Both explosions, one at the entrance to the city near the Central Bus Station and the other in the Ramot neighborhood, occurred at bus stops during rush hour. The explosive devices were placed in bags left at the stations.

“The first explosion, which happened shortly after 7 a.m. in Givat Shaul, injured 15 people, including two critically and another four seriously,” police spokesman, Magen David Adom, said, adding that 12 people were transported to hospitals across the city for medical treatment.

“Six of the injured people were evacuated to Shaare Tzedek Medical Center, two in critical condition, four in serious condition, and one moderately injured.

“Five of the moderately wounded were transported to Hadassah University Medical Center in Ein Kerem, and one was admitted to Hadassah’s Mount Scopus hospital in moderate condition.

“The bombs were detonated remotely and were packed with nails and bolts to maximum casualties. One bus that was near the scene of the first attack was riddled with holes, showing the dispersion of shrapnel,” he added.