After calling for their removal, Lawan lobbies for posting of ex-service chiefs | Ripples Nigeria 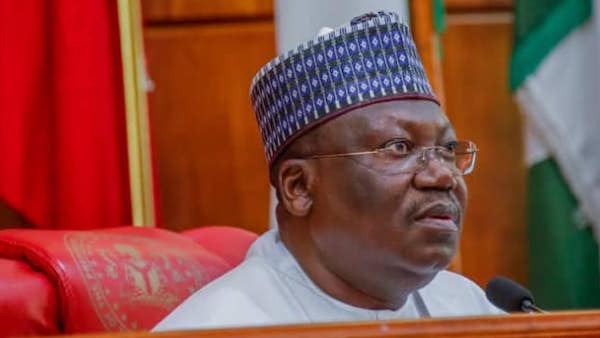 The Senate President, Ahmad Lawan, has implored President Muhammadu Buhari to effect the transfer of the former service chiefs to neighbouring countries as ambassadors.

Lawan made this submission on Tuesday, February 23, after the plenary which confirmed the ex-service chiefs as ambassadors-designate.

Lawan, and the Senate had joined other Nigerians calling for the removal of the former service chiefs in the wake of the worsening security situation in the country.

In his remarks on Tuesday, Lawan advocated for the deployment of the former service chiefs to countries where their experiences as former military officers would be required.

Lawan said, “Our appeal to the executive is to make sure that we utilise their experiences as military men to the best because we should be able to post them to countries where they can be much more useful in their engagements as ambassadors.

“Without prejudice to what the executive will do, the new ambassadors-designate should be posted to neighbouring countries where we need to fight the Boko Haram insurgency and banditry.

“Because of their experience in the field, they should be able to interact very closely and sufficiently to advise and create the atmosphere for working together, for partnership and cooperation between Nigeria and those countries.”

He pointed out that the Senate resolution for the removal of the former chiefs was not related to Buhari’s request for the red chamber to confirm them as ambassadors-designate.

The Chairman of the Committee on Foreign Affairs, Muhammad Bulkachuwa, in his presentation, said their appointments were made in line with Section 171(40) of the 1999 Constitution, as amended.

Meanwhile, the Senate Minority Leader, Enyinnaya Abaribe, demanded an explanation for the dismissal of the petitions by the committee, particularly against the backdrop of the Senate’s resolution calling for their removal as service chiefs.

Reps insist on probe into illegal deduction of N1.3tn by NNPC from federation account