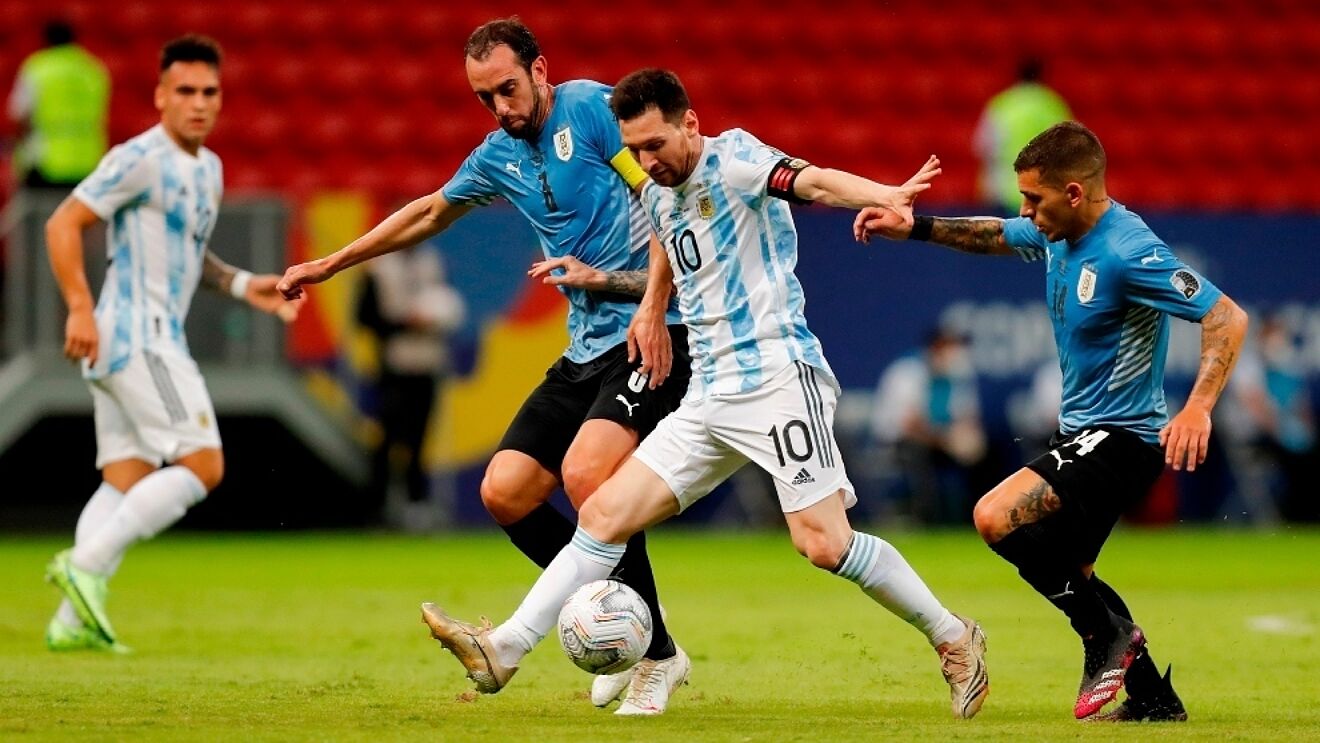 Barcelona forward, Lionel Messi has called on his Argentina teammates to give Paraguay a good fight as well as their other games at Copa America.

The six-time Ballon d’Or winner made the call as he predicted that subsequent matches at the tournament will be difficult.

Argentina have won one game and drawn one in the ongoing continental competition in Brazil.

The Argentines recorded a 1-1 draw against Chile before clinching their first win of the competition after a hardfought 1-0 win against Uruguay last Friday.

Read Also: With nothing to play for, Messi to miss Barca’s final game of season

Messi setting up Guido Rodríguez for the only goal of the game after 13 minutes of the clash.

The win sees Argentina move joint top of Group A with Chile on four points after two games.

Next up for Argentina and Messi is a clash with Paraguay on Monday.

”Let’s f**king go!!! It was important to win today. This will give us peace of mind for what’s coming that will continue to be hard,” Messi wrote on social media.

Messi will be hoping to land a first-ever international title at senior level after finishing as runners-up at the 2014 World Cup and the 2015 and 2016 editions of Copa America.