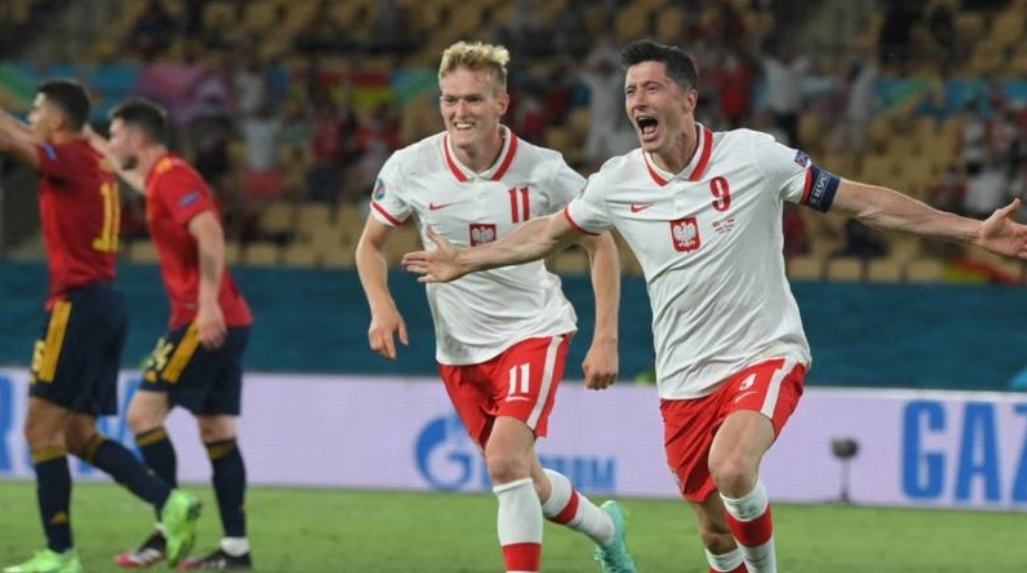 Alvaro Morata and Robert Lewandowski both scored for their respective teams, Spain and Poland in their matchday two battle at Euro 2020.

Morata opened the scoring in the 25th minute to put Spain ahead before Lewandowski leveled for the Poles in the 54th minute to end the game 1-1.

Both strikers are scoring for the first time in the tournament as Spain were held to a goal draw in their opening game while Poland were beaten.

Poland knew that a defeat would mean they could not progress from Group E and they fell behind in the first half before their talisman saved the day with a second half equalizer.

Spain had the chance to retake the lead with a penalty, but Gerard Moreno slammed his effort against the post before Morata sent the follow-up wide.

Spain are third in Group E with two points, with Slovakia second on three and Sweden top with four. Spain play Slovakia in their final group game on Wednesday while Poland take on Sweden at the same time.