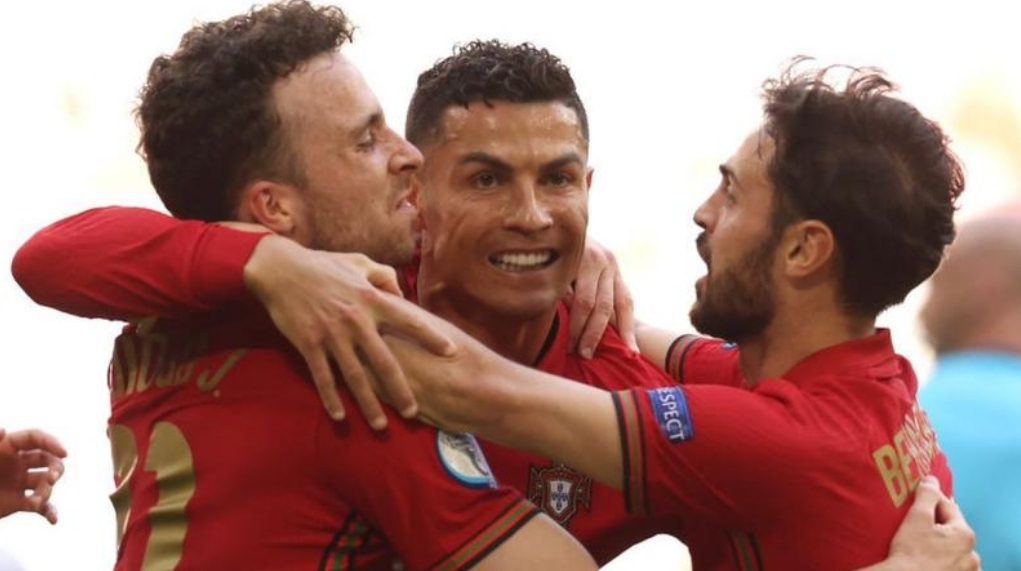 Juventus forward, Cristiano Ronaldo scored for Portugal but it was Germany who pulled off an incredible comeback to win 4-2 at Euro 2020.

Ronaldo opened the scoring in the 15th minute before Germany fought back with four goals, including two own goals, while Diogo Jota halved the deficit late on.

Germany’s win means both these sides now sit on three points, one behind group leaders France, heading into a pivotal final round of fixtures on Wednesday.

Ronaldo’s effort is a continuation of his record-breaking campaign, the goal being his third goal of the tournament and 12th of all time at the Euro.

It was followed by two own goals between the 35th and 39th minute by Ruben Dias and Raphael Guerreiro, which flipped an entertaining encounter in Germany’s favour.

Atalanta wing-back Robin Gosens then assisted Kai Havertz to put Germany 3-1 ahead with a 51st-minute goal before scoring the fourth himself on the hour mark.

Portugal began their Euro 2020 campaign with a 3-0 victory over Hungary while Germany lost to France in their opener.

The group F, considered as the toughest group in the tournament, will see Germany play Hungary in the final round as Portugal face world champions France.