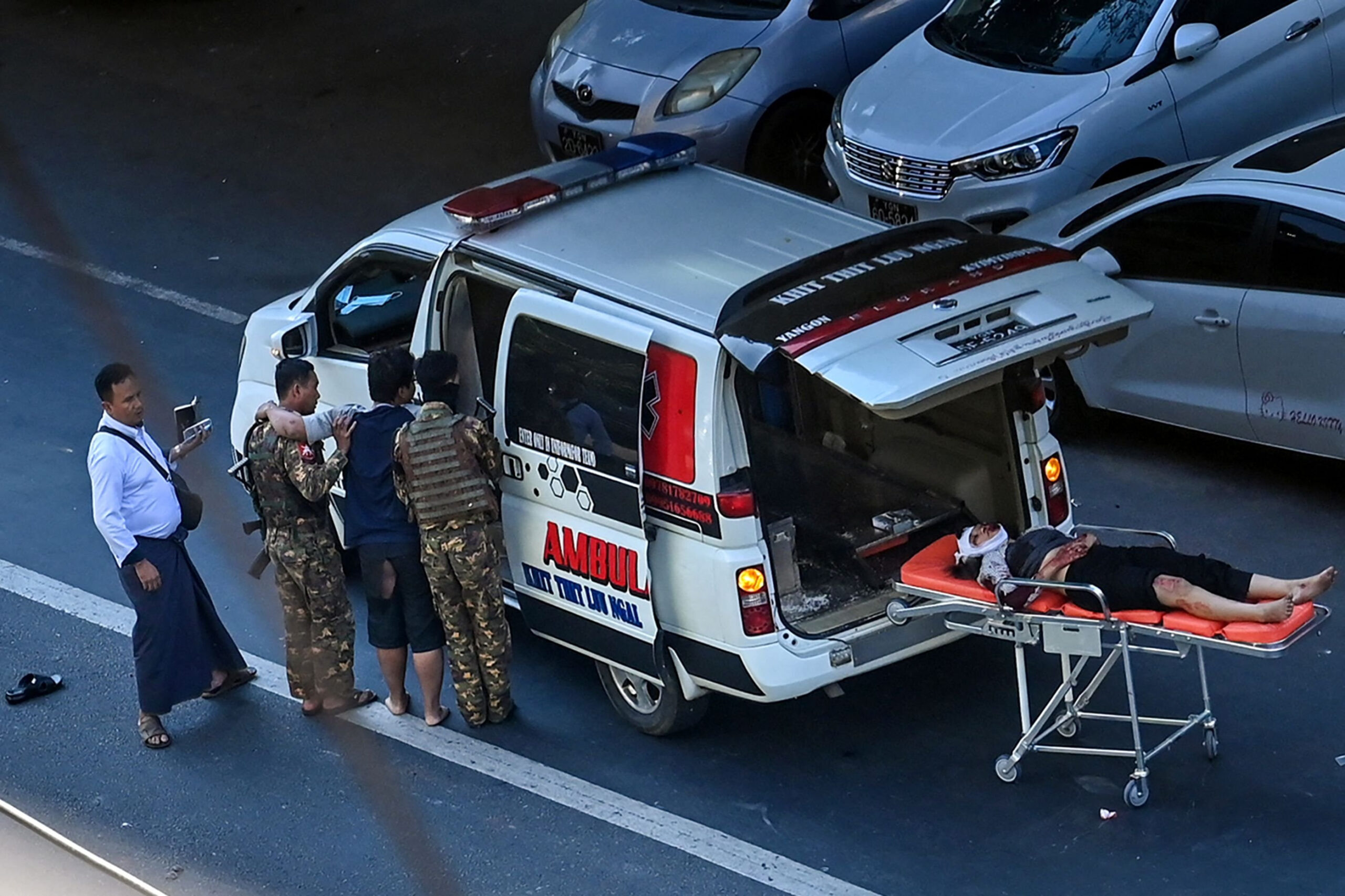 At least five people were feared dead on Sunday after Myanmar security forces rammed their vehicle into a group of protesters in Yangon, the country’s capital.

Several others were injured in the accident.

The anti-military protests have continued unabated in one of the world’s poorest nations despite the killing of more than 1,300 people since the February 1 coup.

The citizens are protesting the overthrow of an elected government led by Nobel laureate, Aung San Suu Kyi and the return of military rule in the country.

The opposition’s shadow government condemned the incident in a statement.

“We will strongly respond to the terrorist military who brutally, inhumanly killed the unarmed peaceful protesters,” the National Unity Government’s defence ministry said after the attack.