Home » Latest » I’m one of those who formed APC, drafted its constitution, Ize-Iyamu replies critics 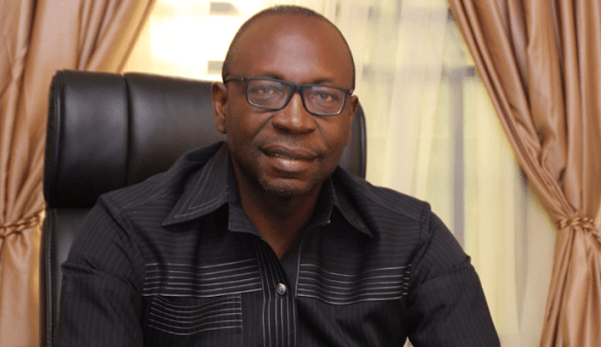 Pastor Osagie Ize-Iyamu has said that he was one of those who formed the All Progressives Congress (APC) and drafted its constitution.

He stated this in response to a statement by chairmen of the 18 local governments of Edo State, questioning his membership of the party.

Following Ize-Iyamu’s picking up of APC nomination form to run for the party’s governorship ticket for the September 19 election in Edo, the group had argued that he was not qualified for the position because he was not yet a bonafide member of the party.

But in a statement on Friday by the director of communication and media to Pastor Osagie Ize-Iyamu Campaign Organisation, Mr John Mayaki, the group said:

“Pastor Osagie Ize-Iyamu was one of those who not only formed the APC but drafted the constitution of the APC.”

The statement argued that Article 9 of the party’s constitution said people could register at the ward or do online registration.

“Pastor Osagie Ize-Iyamu applied and nobody can quarrel with the online registration. He has the slip, the registration number and his name is on the portal of the party.

“Again, unknown to these renegades, Pastor Osagie Ize-Iyamu does not really need to rely on that card because with his online registration, nobody can challenge his membership of the party. What they are doing is an exercise in futility.

“When Pastor Osagie Ize-Iyamu and others were putting the party together, the governor, Mr Godwin Obaseki, was not there and nowhere to be found; so how do you expect a man who should be a beneficiary of a house that he helped to build being stopped from gaining access into the house?

“However, knowing the rules, Pastor Osagie Ize-Iyamu went to his ward chairman, Mr Ogbebor, in Ugboko ward in Orhiomwon to say he and his teeming followers were coming back home, and he was given the party card,” the campaign group said.