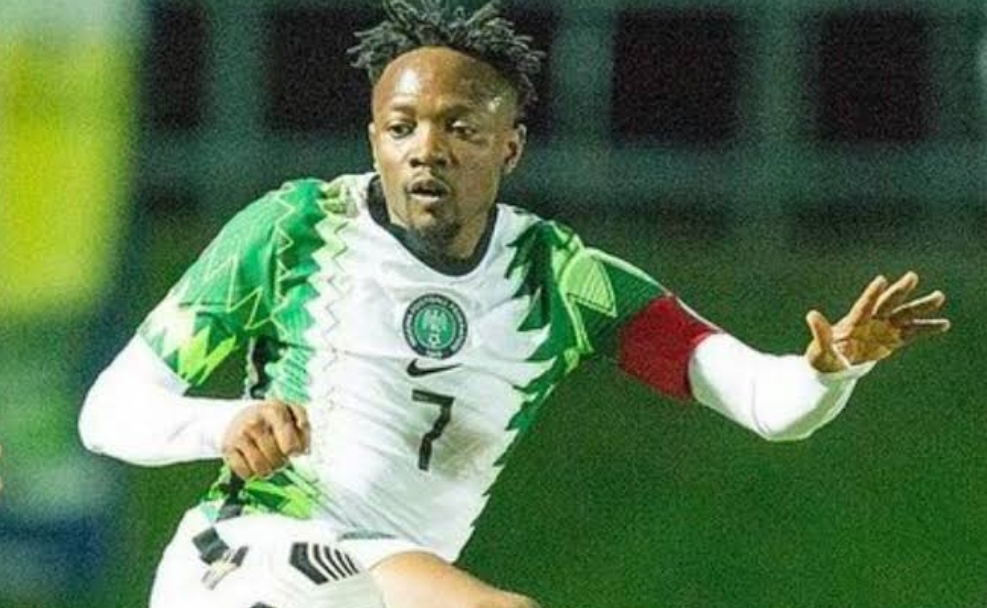 The Nigeria Football Federation (NFF) has come out to admit that Super Eagles captain, Ahmed Musa has made 98 senior appearances and not 100.

After Nigeria’s 2-1 victory over Cape Verde in the second round of the 2022 FIFA World Cup qualifiers, the football body celebrated Musa to have hit the 100th cap milestone.

But world football governing body, FIFA said Musa has 98 caps, as it pointed out two games that should not count for the Nations Cup winner.

NFF in a statement on Wednesday by Director of Communications, Ademola Olajire, said the celebration over Musa’s feat would now take place in October when the Eagles will play twice against Central African Republic.

The statement read: ”We defer to FIFA in this regard, so Ahmed Musa has 98 caps. If he features, as expected, in the home-and-away matches against Central African Republic in October, he will clock the tally of 100 and the celebrations will follow in full flow.”

FIFA said Musa’s appearances in the 3-0 defeat of Togo in a friendly match in Paris in June 2017 and the FIFA World Cup Russia 2018 qualifier against Algeria in Constantine in November 2017 did not count.

The match against Togo was struck off as both Nigeria and Togo made more than the regular number of changes in the game, with Gernot Rohr making up to nine changes in that match.

The game against Algeria in Constantine, which ended 1-1, was eventually cancelled because Nigeria fielded an ineligible player, Shehu Abdullahi, and the result was awarded to Algeria as a walk over.

Following the development, Joseph Yobo and Vincent Enyeama remain the only individuals who have made 100 appearances for the Eagles.

Keep fighting until 2022 World Cup ticket is in our hands, Dare charges Eagles