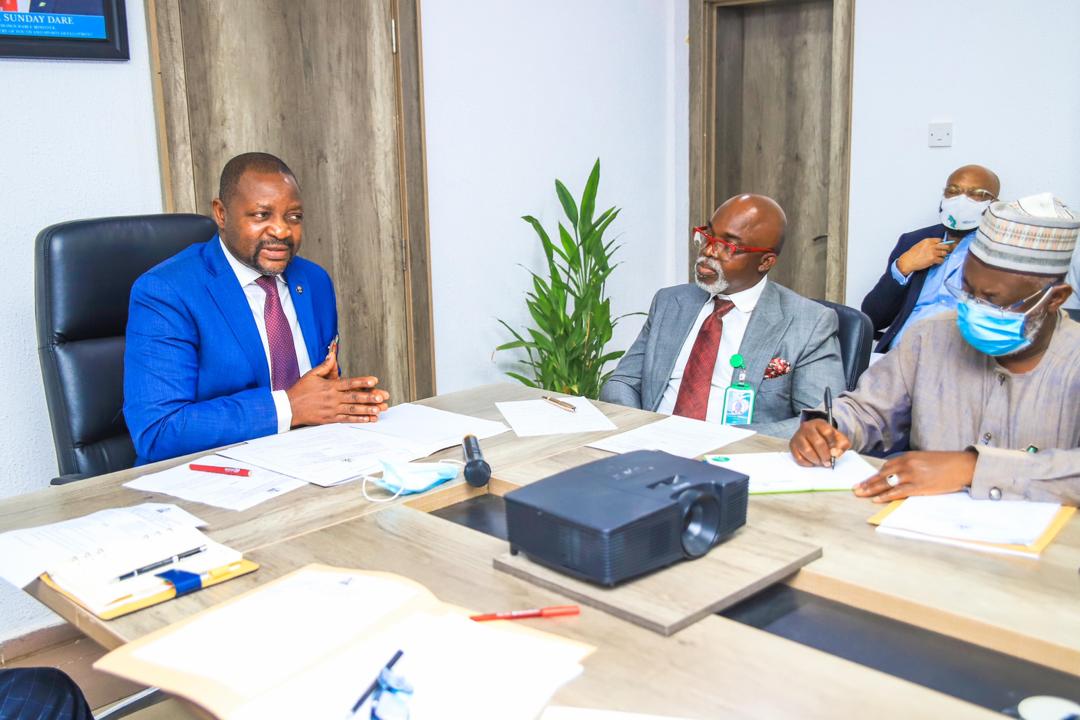 Minister of Youth and Sports development, Sunday Dare has charged the Super Eagles to keep fighting until they land the qualification for next year’s World Cup.

Dare’s statement came after the national football team clinched their second consecutive win in the qualifying series of the 2022 global showpiece.

The Eagles defeated Cape Verde 2-1 in the Island nation on Tuesday, having also defeated Liberia 2-0 last Friday in their first encounter in Lagos.

Dare, who had spoken with the team before they began the campaign, has now commended the Nigeria Football Federation (NFF) for ensuring that the team travelled in comfort.

“I salute everyone for the roles they played. The NFF ensured the team travelled in comfort and the coaches had to overcome a lot of setbacks owing to the Covid 19.

“In the game, we had to dress only nineteen players as against the twenty three allowed by FIFA for World Cup qualifiers. Added to this, we had to fight from a goal down to snatch all three points at stake.

“Inspite of this victory I will like to charge everyone that the journey to Qatar 2022 is still a long one. We must keep fighting and working hard until the World Cup ticket is firmly in our hands,” he added.

The Super Eagles, who are top of the group C with six points, will be playing against Central African Republic in matchdays three and four in October, as the race for the Qatar tournament continues.