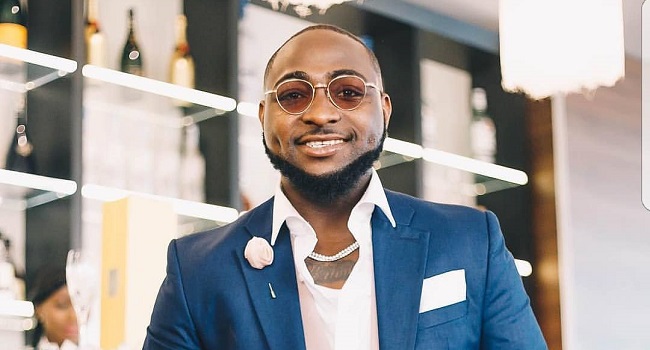 Nigerian musician, David Adeleke popularly known as Davido, set the Internet on fire, Wednesday, after he recieved over N40m in less than an hour of asking friends to donate ahead of his 29th birthday.

The music artiste casually made an Instagram post calling on his die-hard fans and lovers of his music to send him a million Naira only.

Davido said “We rise by lifting others abi? Me I Don dey rise dey lift others for the past 100 years. So I want to know who my friends are. All of my friends, one one million Naira. They said we are 30BG. If you don’t send your own. You out of here. You are gone” (sic).

The “Jowo” crooner went ahead to post his bank account details on his Insta story thread and screenshots of money sent.

At the time of filing this report, Davido via his Insta story revealed he had recieved over N100m from his fans, colleagues and friends in the industry.

The development has since elicited varied reactions from Nigerians, many of whom have opined that the star singer was deserving of the ‘love’. Others were however thrilled by the amount of support the singer was able to garner in such amount of time.

Meanwhile, Social media users are gushing over an emotional video showing the P-Square brothers, Peter and Paul Okoye sharing a handshake and locked in a warm embrace.

The video, which further assures fans that the two may have finally embraced peace and settled their rifts, has gained traction across social media platforms.

The reconciliation efforts on social media have pleased fans as the brothers of the defunct P-Square music group began following themselves on Instagram again.

Peter and his wife, Lola recently marked their wedding anniversary and Paul celebrated with the couple.

Paul who had previously unfollowed Lola on social media has also started following her again.

There is more. Nigerian Human Rights Activist, Aisha Yesufu also stunned fans with a video of herself showcasing some energetic dance moves.

The outspoken Activist took to her Instagram page to share the video of herself throwing hot steps as she made a comment tagging Nigerian actress, Kate Henshaw which read: “@k8hensaw, I will finish the rest when I grow up”.

The video of the dancing Activist thrilled Nigerians, as did that of the Ex-aide of Former President Goodluck Jonathan and Rights Activist, Reno Omokri who had in October shared a similar video of himself dancing after a workout session.

#ENDSARS: Lagos govt calls for calm amidst demand for implementation of panel’s report