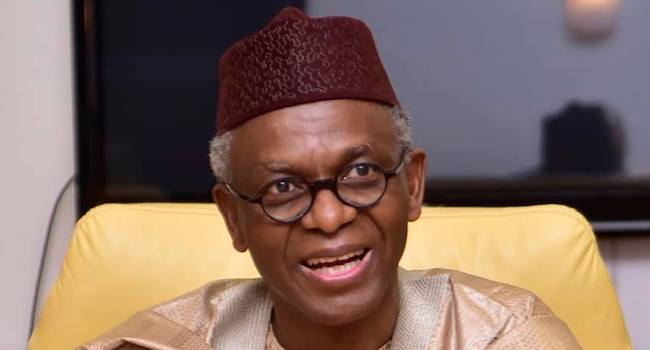 Social media users have slammed Hadiza Isma El-Rufai, First lady of the Kaduna State Governor, Nasir El-Rufai for allegedly tweeting from outside the country following the suspension of Twitter in Nigeria.

In the tweet by @hadizel, the first lady who sounded excited to be back on Twitter said she was making her first tweet after so many months and that she had missed the use of the microblogging platform.

“Hello everyone. This is my first tweet in so many months. God, how I missed Twitter. BTW, I’m not defying the authorities. I’m outside the country. Looking forward to utilizing the opportunity,” She wrote

Tweeps however attacked her, saying it was a shame that she lacked social media freedom in her own country, but could run to another to enjoy theirs.

A Twitter user, @BlackDiamond wrote in reply: “You don’t have freedom in your own country to be able to use an ordinary “social media platform”. You may not openly admit it, but there’s something extremely wrong with your country”

Another, @ROUN also wrote: “It’s funny how some people don’t see anything wrong with Buhari Banning Twitter in Nigeria and they cannot criticize it as wrong, but the moment they’re out of Nigeria, they’re always excited to fiddle with the bird app and to tweet. If Twitter is against Nigeria, stay away from it”

@OtunbaGCFRN remarked: “But Ma, even in Nigeria, you still check Twitter but can’t forget to avoid defying the authorities. Let us stop the hypocrisy and face this criminal government together”

@DrummerBoy wrote: “Oh wow, so your lord and saviour still press una for neck like us? Wawu, I thought he was right in all things and he’s fair in his dictatorial decrees and judgement. Enjoy freedom before you come back. Freedom of speech (Twitter), right to security (banditry).”

Hadiza’s husband, Governor el-Rufai also got his own share of attacks after he also tweeted from their trip abroad.

After Nigerians queried the Governor for bypassing the Twitter ban, he wrote: “VPN? Nope, outside Nigeria for a couple of days, so can tweet for the time being.”

In response, an #EndSARS protest promoter, Rinu Oduala took a swipe at the Governor, as she wrote: “The only place you get the freedom of speech is outside Nigeria.”

Meanwhile, earlier on Thursday, social media was agog after images surfaced online showing the Student Union Government (SUG) President of the Federal University of Dutse (FUD) in Jigawa arriving the campus in an entourage.

He made the ‘grand entrance in a Mercedes-Benz which bore a customized plate number, “SUG 01 FUD”, accompanied by a bevy of security men and a “first lady”.

The pictures sparked widespread criticism on various social media platforms as many knocked the University authorities for permitting such ‘societal rot’ in the learning environment.

The Institution has however issued a statement debunking the news as false.

According to the Chief Security Officer, FUD Abdullahi Yahaya Bello, the pictures were taken when students of Criminology and Security Studies (CSS) were carrying out their project for the school’s departmental week.

“CSS students put to practice how to protect high profile personality by bringing the SUG President to the occasion in that manner.

“It is not possible for that number of students to abandon their lectures just to escort the SUG President to attend a class,” the statement read in part.