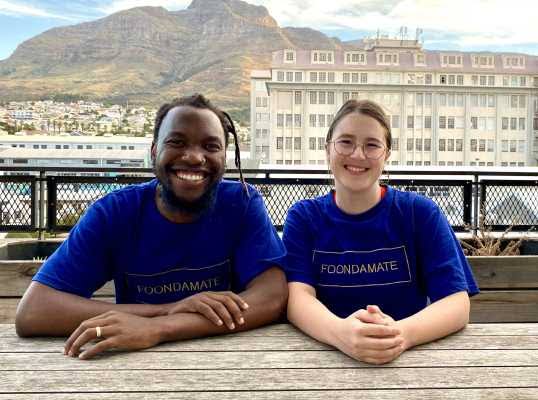 The CEO and CTO of FoondaMate, Dacod Magagula, confirmed the latest raiser in a statement on Tuesday.

According to Dacod, the round saw participation from Emerge Education, Odunayo Eweniyi via FirstCheckAfrica, Iyin Aboyeji via Future Africa, and LoftyInc, alongside angels from Marcus Swanepoel and Isaac Oates.

Ripples Nigeria gathered that Foondamate was founded in 2020 by Dacod Magagula, and Tao Laine Boyle.

The startup helps students with their revision by giving them immediate answers to questions and access to revision papers.

In addition, the startup’s chat box guides students on how to respond to questions.

Commenting on the development while explaining how the startup came into fruition, Magagula said:

“…during the final year of high school in South Africa, I used the computer my brother and I had bought using our savings, for studies and to download all revision materials I could get my hands on.

“I had a huge database of past papers but no way of sharing it with my friends, and printing them was expensive.

“… But the materials played a big role in my success in school as I graduated top of my class and my performance was the best ever in the history of school (at that time). And so FoondaMate was created to make these resources easily accessible to students.”

Tech Trivia: What is a viral video?
A A video that does not play correctly.
B A video that causes harm to computers.
C A video that contains offensive content.
D A video that is viewed by many people in a short period of time.
Answer: see end of post

A French mental and wellbeing startup, moka.care, has closed a $16 million Series A fund led by Left Lane Capital.

Pierre-Etienne Bidon, Founder, and CEO, moka.care, on Tuesday made the disclosure in a statement available on the startup’s official website.

According to Pierre-Etienne, sporting legends like Blaise Matuidi and Antoine Griezmann- both French footballers, Antoine Dupont, captain of the French rugby team, and Singular VC also participated in the investment.

The Paris-based startup was founded in 2019 by Pierre-Etienne Bidon.

Speaking on the raiser, Pierre-Etienne said:

“Our ambition is to profoundly reinvent the way we approach the challenges of mental health in the workplace.

“We are moving from a stigmatized and costly subject for companies to an element that is integrated in a positive and natural way at the heart of HR policies.”

Although the terms of the deal were undisclosed, industrialists however evaluated the satellite radio company’s pact for Team Coco to worth about $150 million.

SiriusXM, which is a radio broadcasting company, creates and offers commercial-free music, premier sports, live events, news, comedy, amongst others services including exclusive talk, and entertainment.

Ripples Nigeria gathered that O’Brien entered into a five-year talent agreement with SiriusXM, under which he will remain host of his namesake podcast as part of the deal.

Team Coco Digital was founded in 2010, as an online streaming platform that provides episodes, event information, and video clips related to the Conan talk show.

In his remarks, O’Brien said of the new acquisition:

“When I started in television my ultimate goal was to work my way up to radio.”

“This new deal with SiriusXM builds on the great relationship that began several years ago with a team that is the standout in their field.”

Trivia Answer: A video that is viewed by many people in a short period of time.

Contrary to what you might think, the term “viral” has nothing to do with computer viruses. Instead, it refers to a digital video, image, or article that has spiked in popularity and has reached a large number of users in a short period of time.

While there is no exact number of views that makes something “go viral,” most viral media is viewed by more than a million people in less than a week.

Related Topics:FoondamateMoka.caretech startup
Up Next