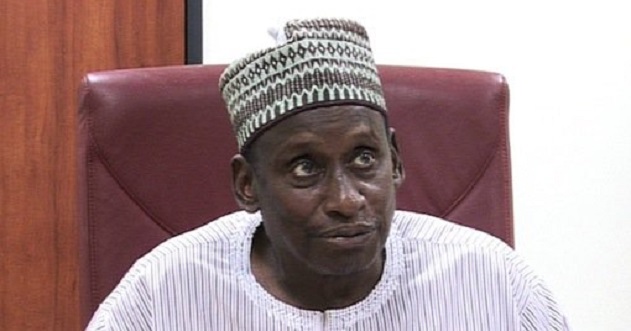 The Chairman, Senate Committee on Police Affairs, Abu Ibrahim, representing Katsina South, says the State and Community Police Bill will not pass in the National Assembly.

Ibrahim cited fear of indiscriminate arrest and detention by state governors as a major issue that will likely scuttle the passage of the bill.

Ibrahim, who made this known in an interview with journalists in Abuja, said the bill which had passed first reading in Senate on July 12, may not get two third majority to allow for a third reading and passage.

He said that while lawmakers from some parts of the country may vote in favour of the bill because of their control system, others may not for fear of abuse.

“My fear is the required numbers. The disagreement between the national assembly members and governors may kill it.

“This is because I know many senators and House of Representatives members think that if state governors get state police, they can trample on them, arrest and detain them.

“From my assessment, there is no way it will get two thirds in the National Assembly.

“Probably the bulk of South West senators will go for it because in the area, there is some control and there is synergy because of the control system.

“I do not want to mention names but there are states that there is no way they will vote for its passage.

On whether or not there is merit in the clamour for state and community police, the lawmaker said if passed and signed into law, it would help in tackling security challenges in the country.

However, he said, besides the fear of intimidation and abuse, there were other factors that may not allow the structure to work effectively.

According to him, basically, the problem with the police is funding.

“If you create state police, will you get a better funding? These are the things we should ask ourselves.

“What are the main reasons for failure of the federal police system if it is regarded as failure. The reason is lack of funding.

“You give Nigeria Police N20 billion as budgetary allocation when they require about N300 billion.

“Even the N20 billion is not fully released. It is sometimes between 40 per cent and 50 per cent.

“So, will state police do better. They may know the locality better but do they have the resources?.

“Can the states pay them their salaries and allowances. These are things we should look into,” he said.

Ibrahim advised that rather than creating a system that would be dead on arrival because of the myriad of problems that would come with it, the current internal security system should be overhauled and properly funded.

According to him, creating state police would be overburdening for states that have to be assisted by the federal government for not being able to pay workers’ salaries.

He pointed out that if state police must work, there must be change in the revenue allocation formula to give states more money.

“If we maintain the current allocation formula, maybe Lagos, Rivers, Akwa Ibom, Kano, Kaduna may pay. But after that who else?

“Also, there are questions like, how many functions do you take from federal to states.

“It will not work and that is beside the political angle I spoke about earlier, that is, the relationship between state governors and lawmakers,” he said.